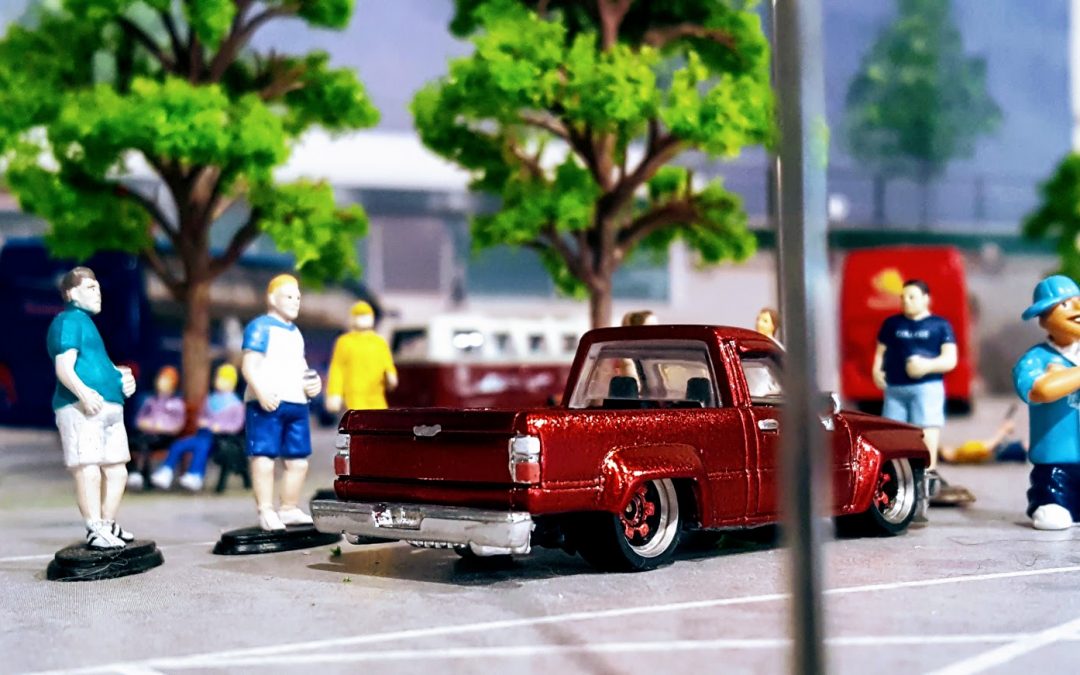 The Toyota Hilux casting from Hot Wheels comes from the factory higher than a junkie on dole day. It was time to bring this pickup down to earth and turn the Hilux into a Lowlux

One of my earlier customs, this TA22 was colored in with a permanent marker and turned out better than expected.

Life On The Shelf – Fast & Furious Face Off

This week we’ve seen everything from an out of control Pizza Planet delivery truck to a race between Dom and Brian down main street! It’s been crazy here on the shelf.

A couple of my favourite JDM Customs, a Fast and Furious Supra and a jet black Skyline GTR34 meeting at night.

One of my favourite customs to date, this simple tampo and wheel swap was an instant success.