This Caterham Lightning Rod is Way2Fast!

Half a Way2Fast and Half a Caterham

The Way2Fast is a great casting for customisers because it has two engines, a nice long base and of course that 30-40s style body shell that lends itself so well to the hotrod scene.

It's also great to use because the main body is already precut - with no hood evident what-so-ever. Anywho....

The Caterham 7 is a casting from Matchbox that I have plenty of - namely because the wheels are so perfect to stance - with that natural concave loving the addition of a bit of negative camber and some stretched tyres (see How To Guide here)... but I digress

So anyway - I thought they would sit well together... 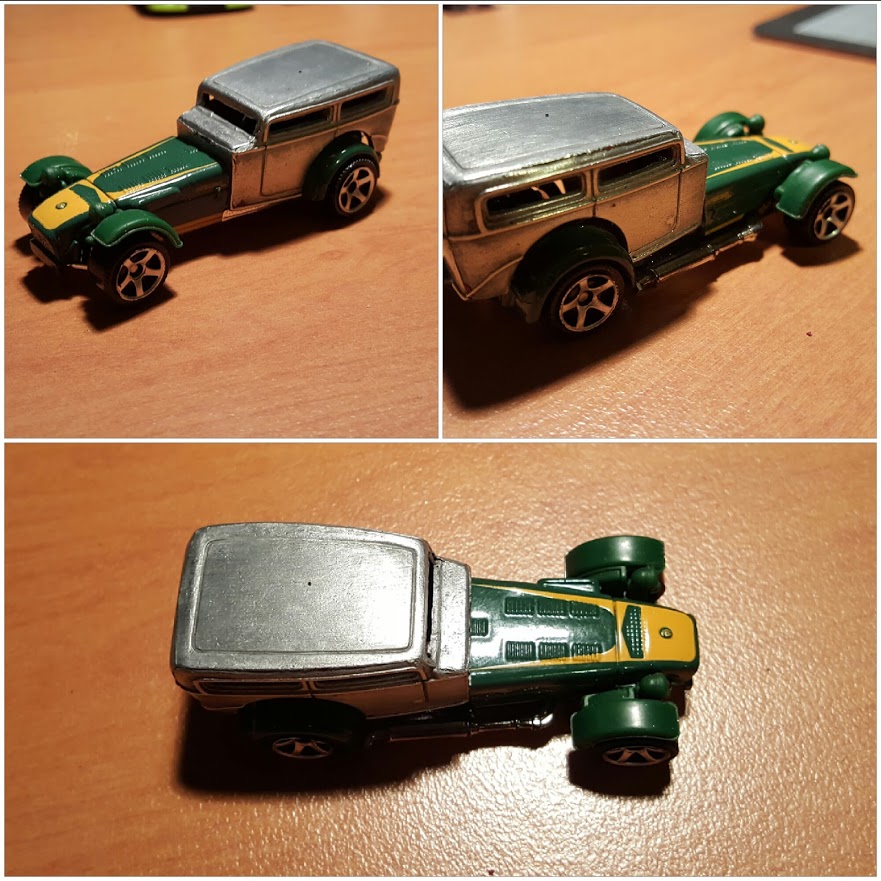 Now that I had my basis I was ready to start creating it. Oh and I already had the name - playing on rat rod and caterham to come up with Raterham. Yeah that works. 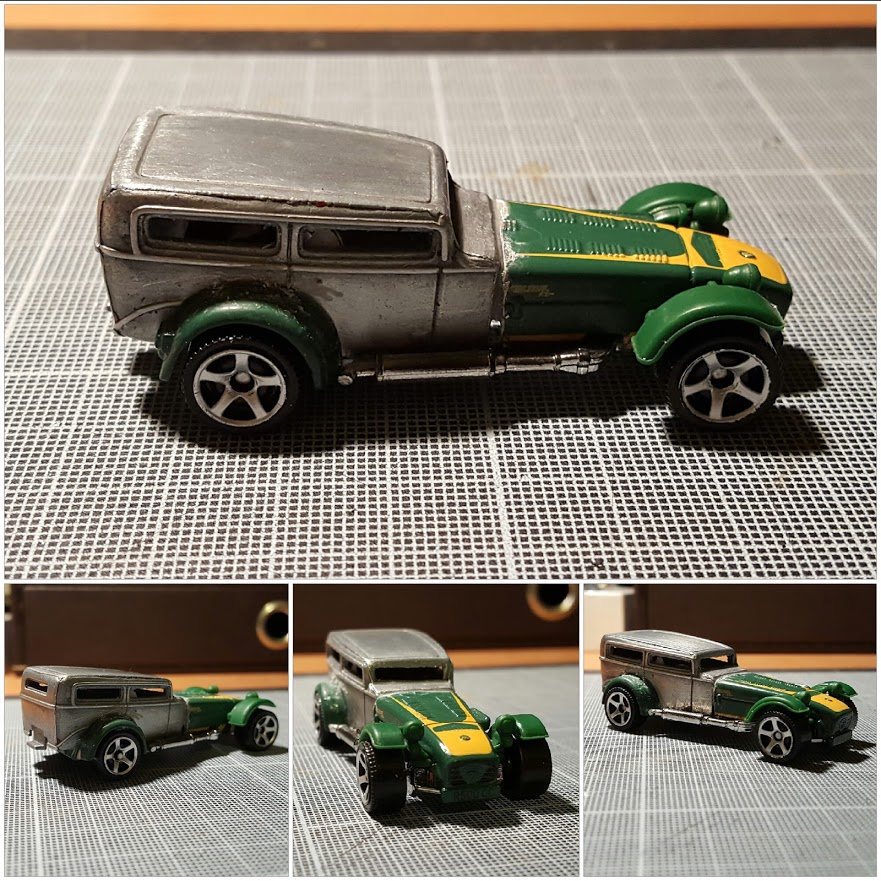 IMPORTANT LESSON! When using superglue always use it sparingly. I have said this before but sometimes even I don't listen to my own advice - and in this case what happened was a lot of the glue ended up on the outside of the rear wheel arches - and basically it resulted in a surface that no matter how hard I worked - was uneven and looked shite. Oh well - live and learn.

I then added a few extra bits as well as removing some too...

First I took the rear bumpers from this A-OK:

And added them to the Raterhams rear end - which I had already prepared by shaving down a whole lot...

I wanted that back end to be clean and to continue the lines left from the roof and wheel arches by curving it in under itself. For this I used Milliput brand Epoxy Putty. 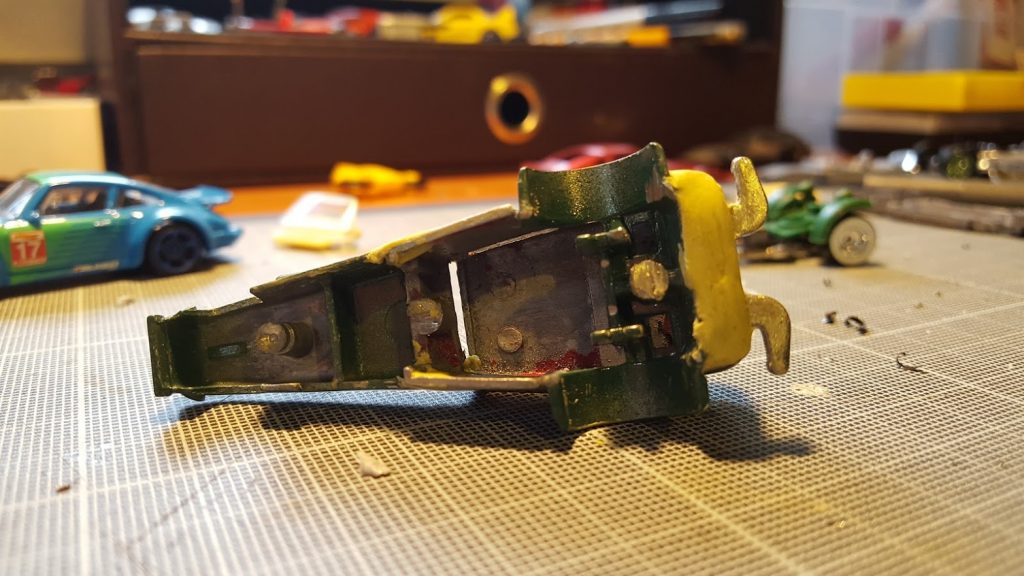 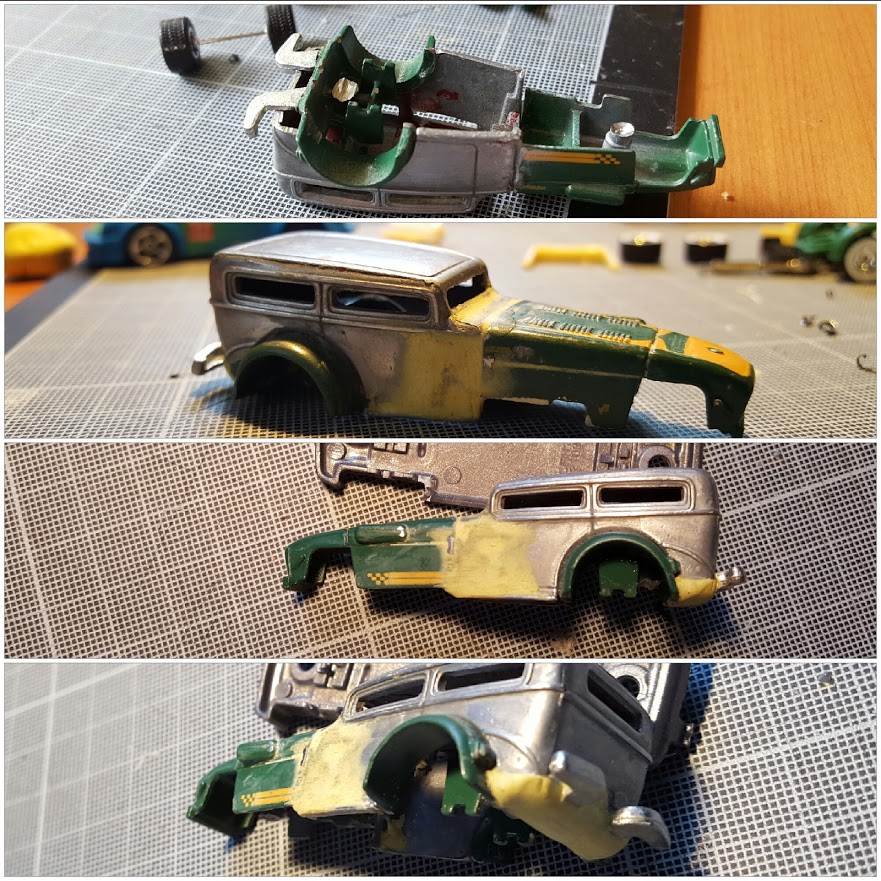 That was way harder than I thought it would be (stupid fat fingers). But I got there in the end...kind of 😉

Painting and Detailing the Raterham

This is where it all went to shit...because I wanted a two tone green and nice silver grey (mattish) colour for the body -kind of similar to the standard raw diecast basically and so I purchased a grey spray paint and set about painting it... 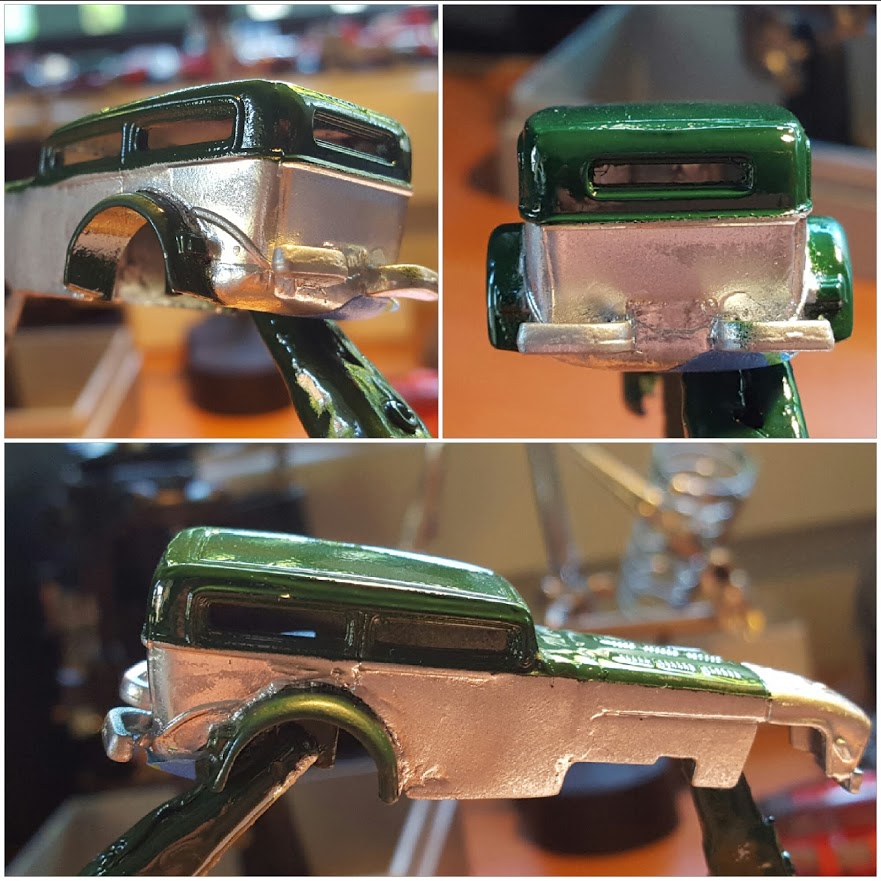 I got the green right. Heck even the masking was spot on... but ewwww that is not grey or mattish in any way shape or form. That's the most hideous silver chrome wannabe colour I have ever lied eyes on and it hurts... it really does.*

*Ze Goggles, they do nussink!

Note that you can also see all the imperfections around the wheel arch where the superglue leaked and dried. My putty work is pretty damn fine I must admit but that superglue ruins it... and the silver chrome nasty as %&$* colour only seems to accentuate it!

Saved By the Weather!

Well technically it was a bolt of lightning but what's a little thunderstorm between friends.

I decided that the only way to save this creation (other than redoing the whole thing in a better grey - and fark that!) was to add some sort of livery to the sides. I needed some pin striping or pattern to break up the area and take peoples eyes away from the imperfections and nasty colour... so I added a lightning bolt 🙂

I then added wheels (whitewalls of course!) and the usual detailing requirements and voila! 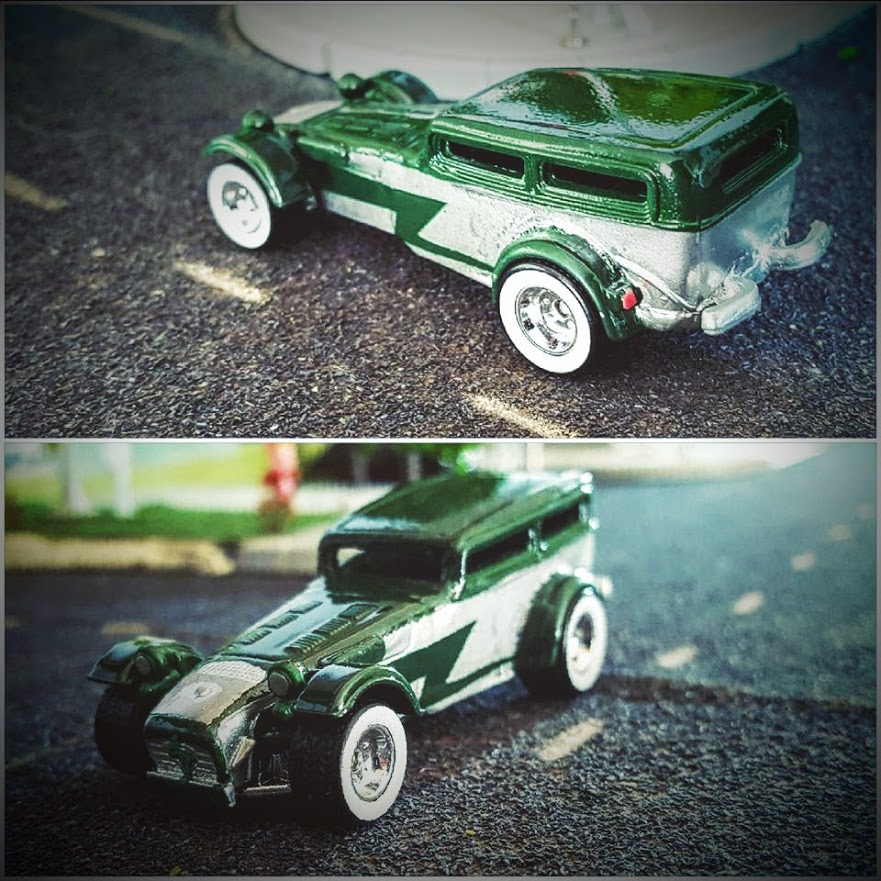 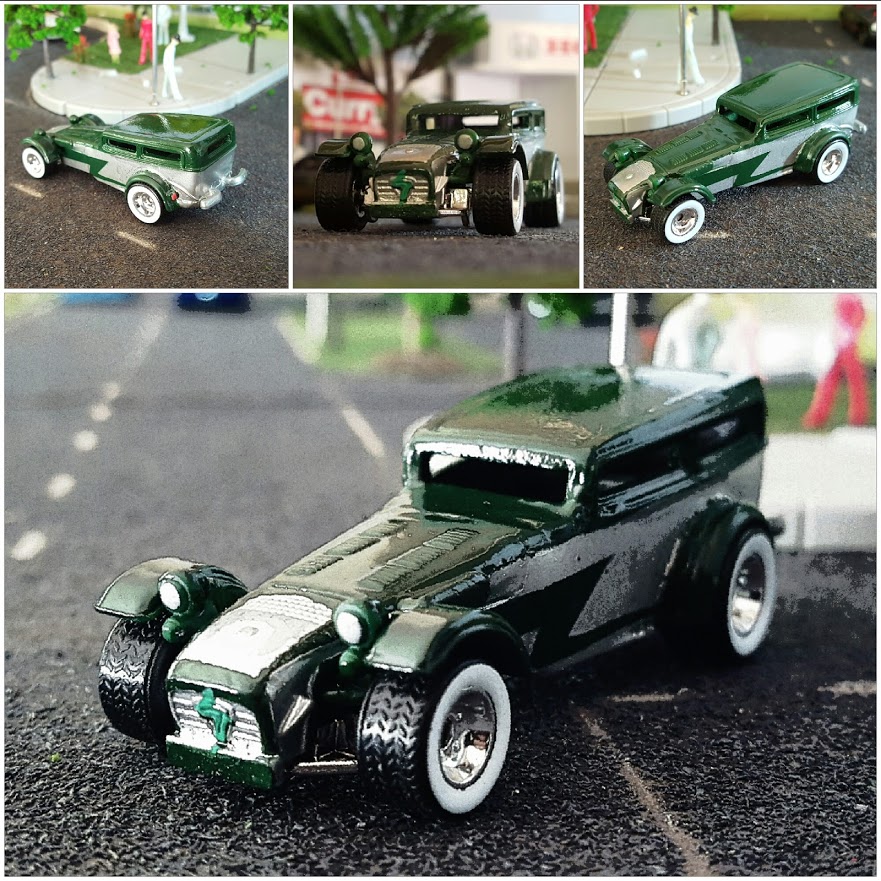 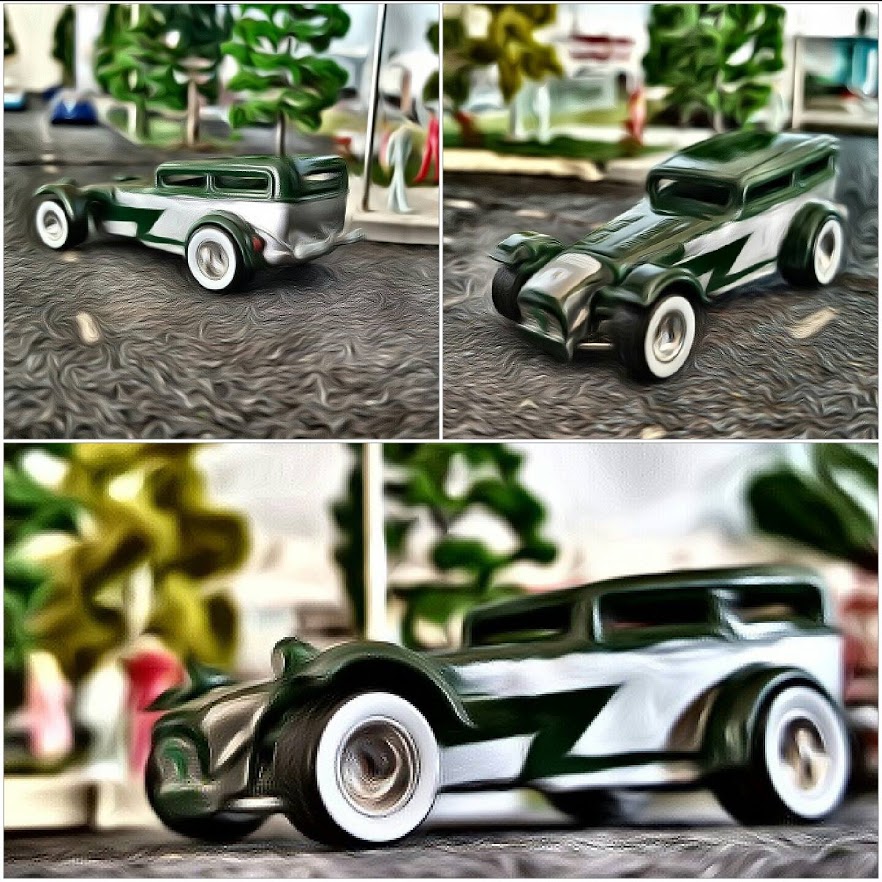 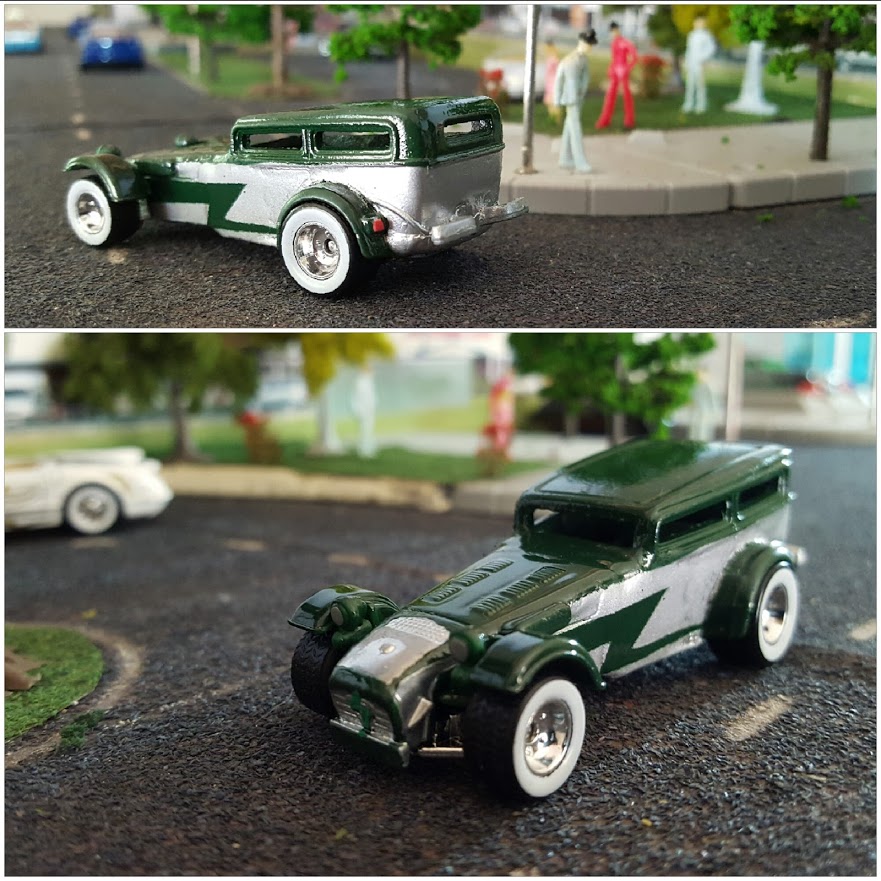 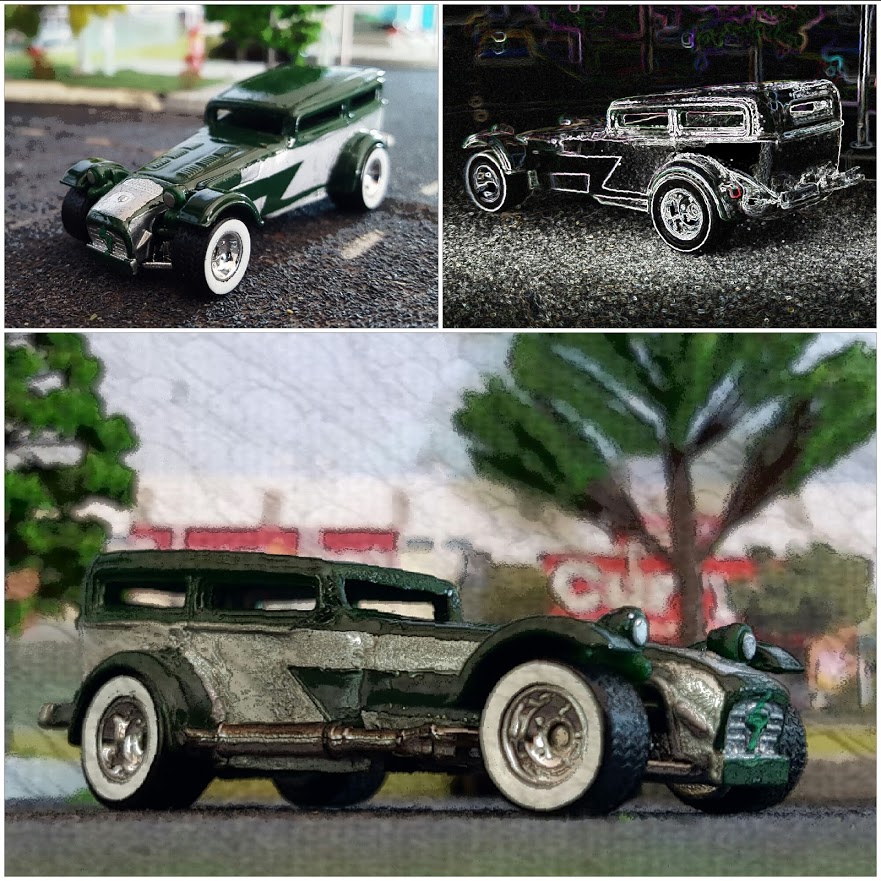 Please enjoy more individual images of the Lightning Rod in the Slideshow below.