Life On The Shelf | Death by Monkey

Before we travel to the diorama shelf can we all just pause for a minute and reflect on what has to be THE MOST AWESOME ‘Life on the Shelf’ TITLE EVER!

I Laugh In The Face Of Death

Today life on the diorama shelf is everything but normal, in fact things got so hectic I actually had to leave not for fear of death but because I had to do my taxes. At least some things in life are certain 😉

But seriously death did come riding into town today and when he did I laughed out loud.
Some say it’s because I am tough and strong and unafraid of anything. Some say it’s because I have been breathing in clear coat and paint fumes for too long and have started to lose my mind. But most just agree that it’s hard not to laugh when someone is riding a 50cc Honda Monkey!

That’s right folks – the Grim Reaper, the Doctor of Doom, Death himself was riding a Honda Monkey Z50, and loving every minute! 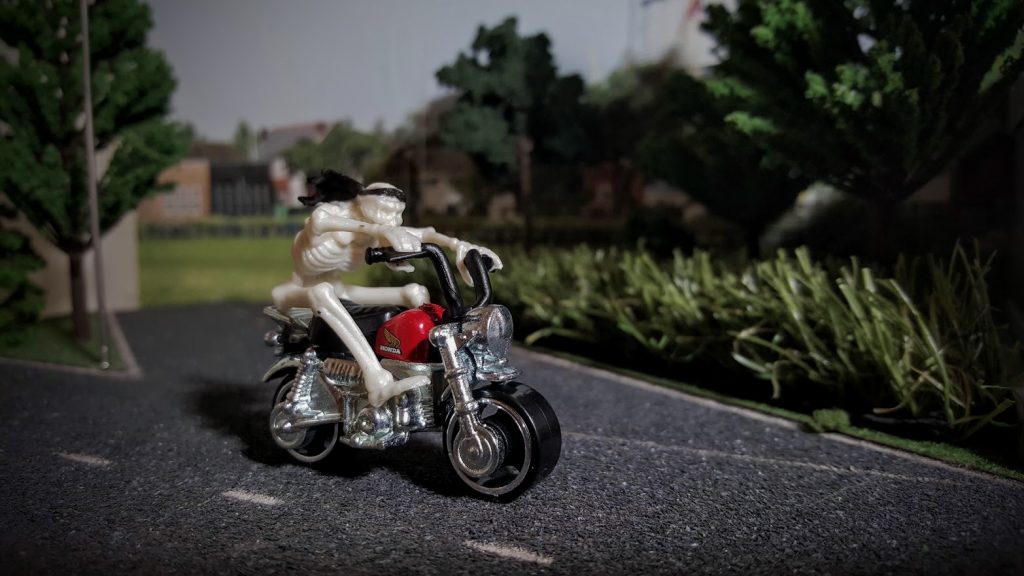 I’d like to take this moment to sing praise to Mattel for continuing to produce relevant and highly detailed castings – this new Honda Monkey of course being one of them. It seems these castings are also well balanced, as death will so kindly demonstrate.

The world said goodbye to Evil Knievel in 2007 and it seems that Death has been spending some quality time with the man over the past 9 years because he certainly knows how to handle himself on  two wheels, I’ll give him that! 😉 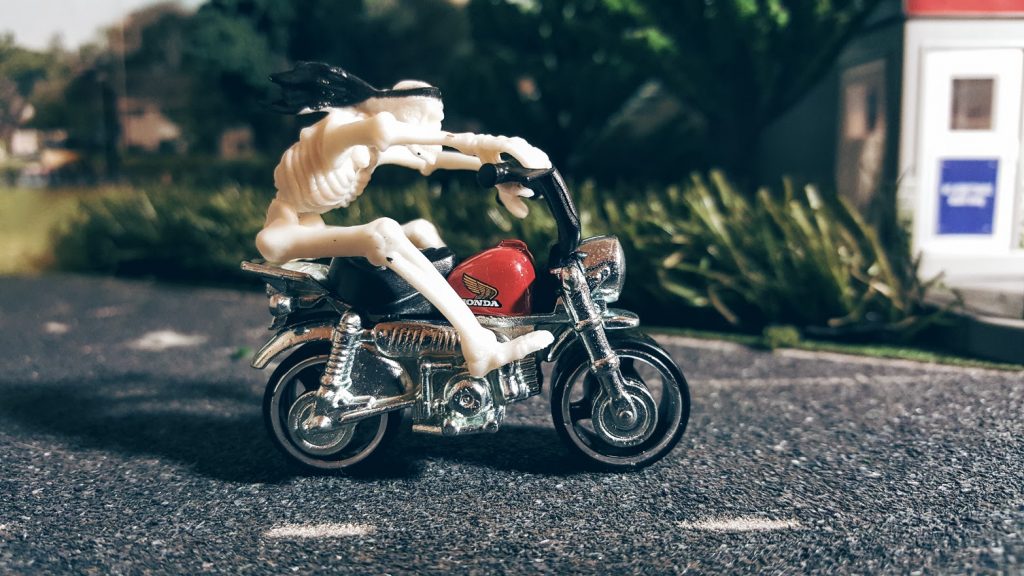 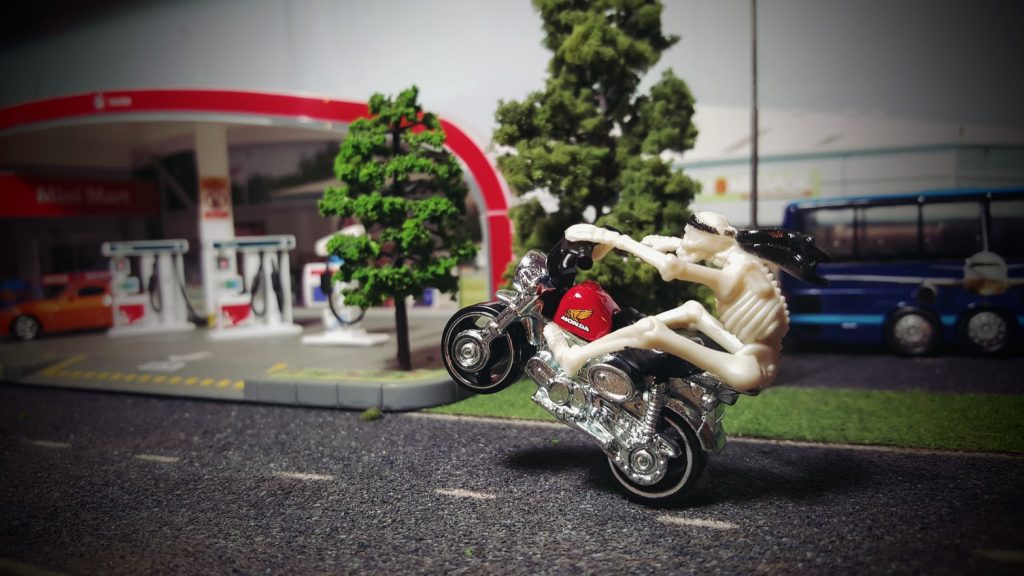 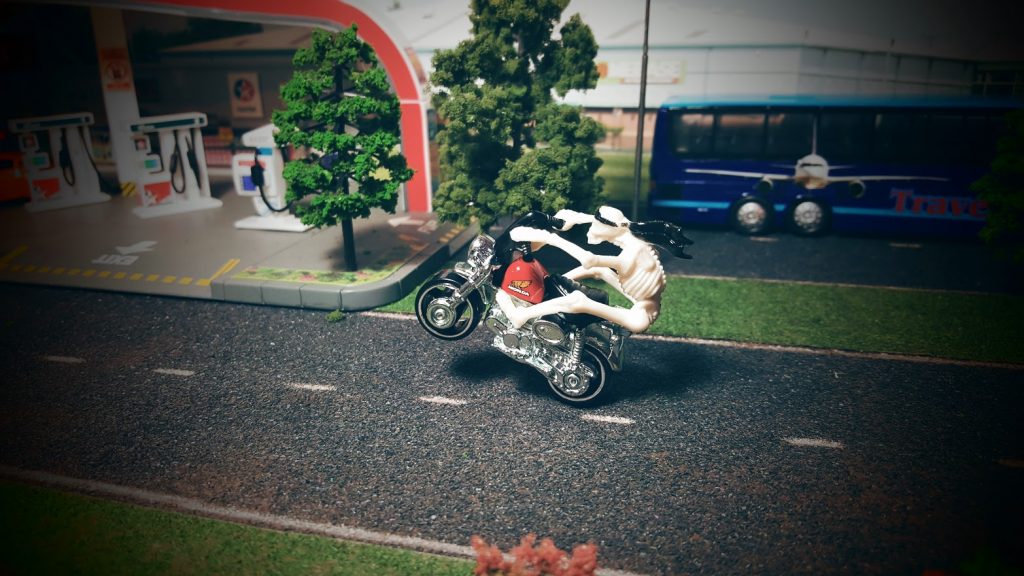 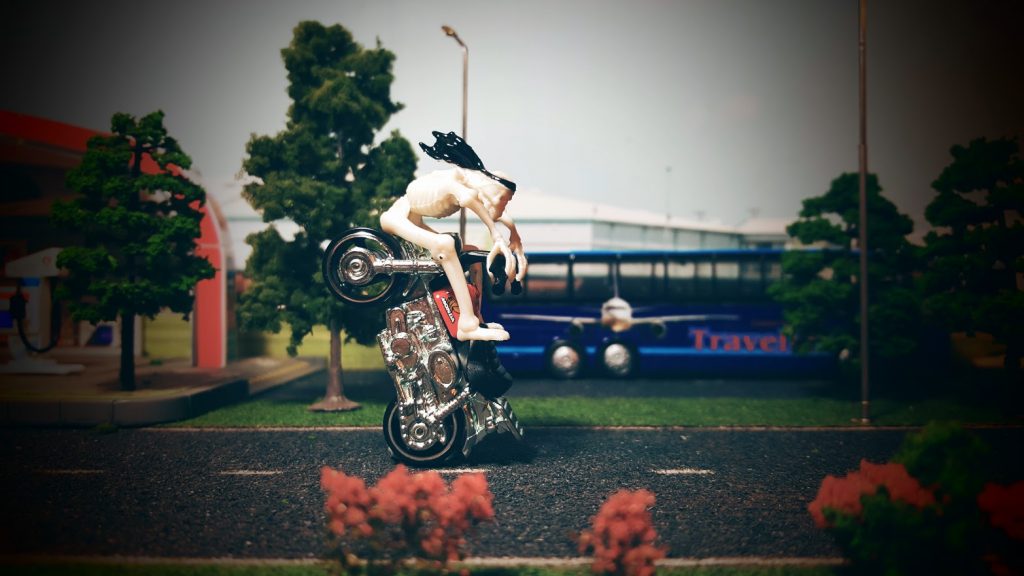 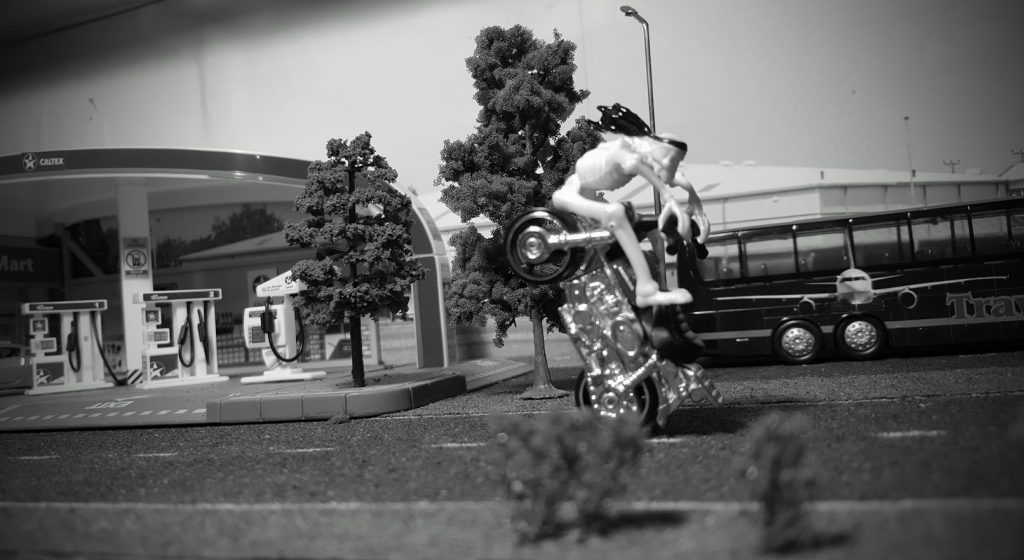 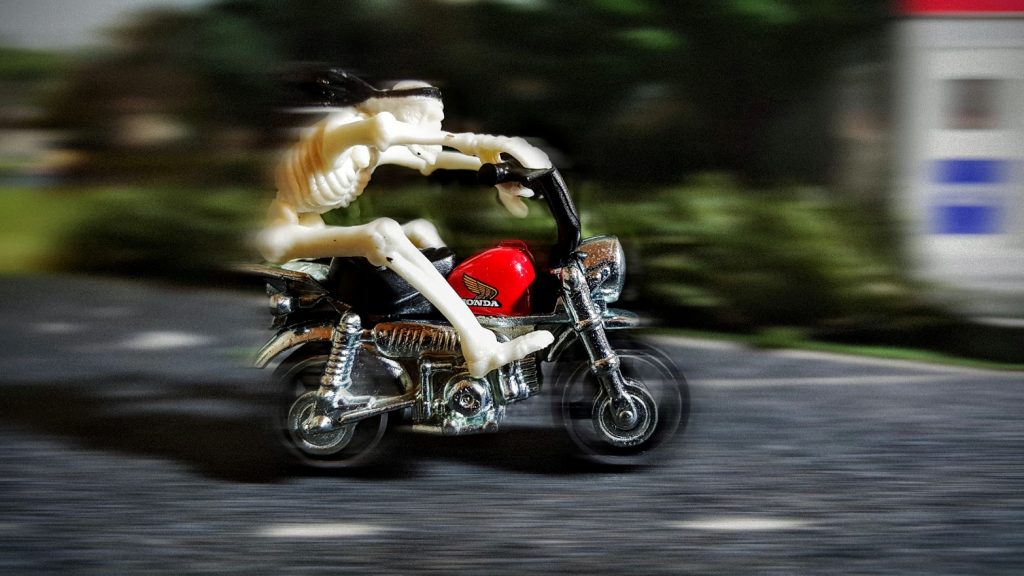 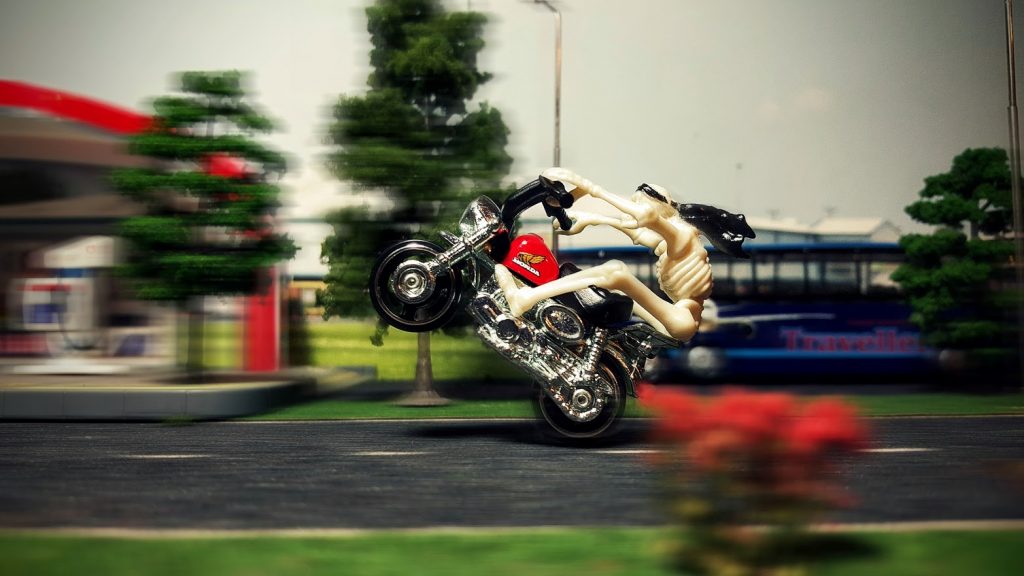 Now as you can see, Death was having a blast riding his Hot Wheels Honda Monkey around the diorama shelf so all in all the mood was  good and there was  no reason to be worried. That was until he started having a little too much fun and kinda miscalculated the amount of petrol he had. 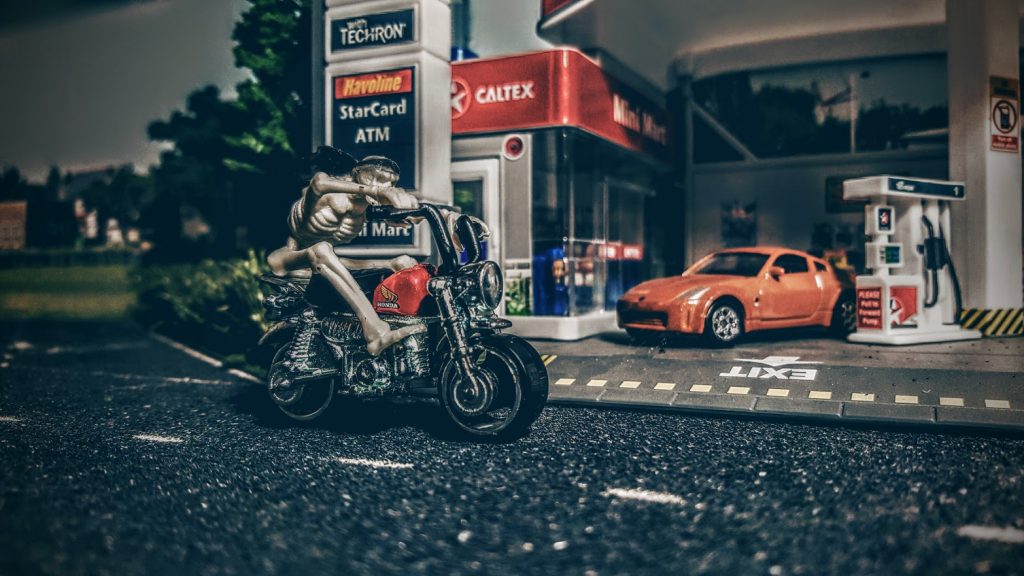 Whilst riding around like  skeleton out of hell he must have forgotten how pathetically small the fuel tanks are on those little 50cc bikes and he promptly ran out. The fact he had just driven past the petrol station moments earlier and was now as far as you could get from it only served to infuriate death even more and it was around this time I chose to leave the area in case he suddenly went into ‘work mode’. 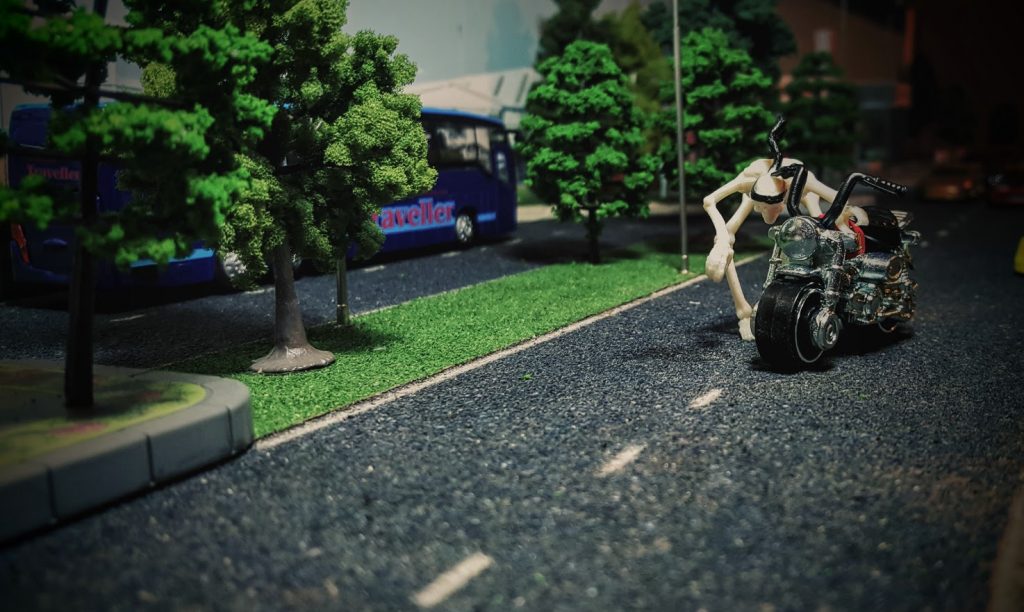 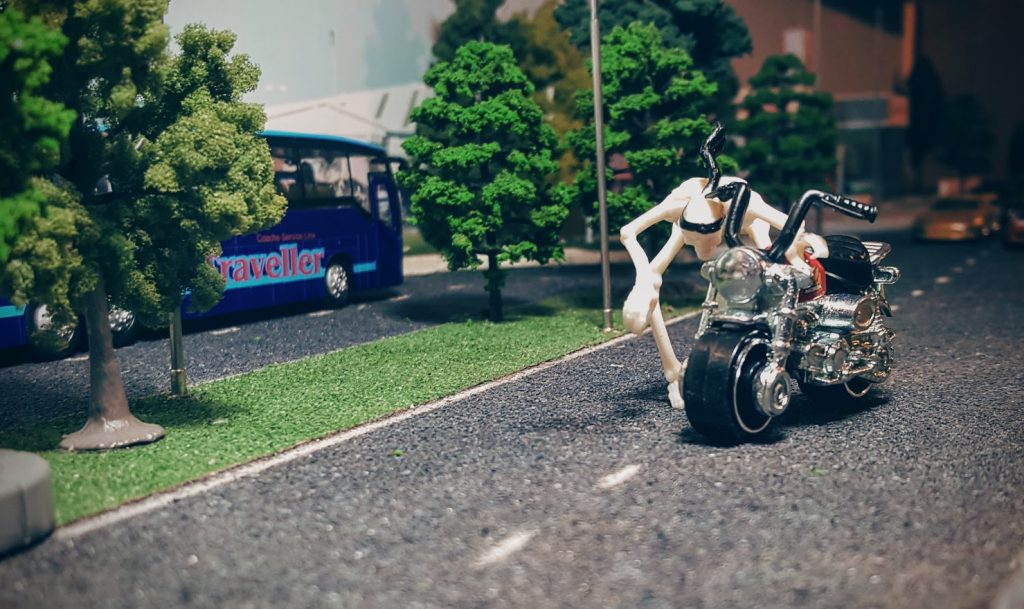 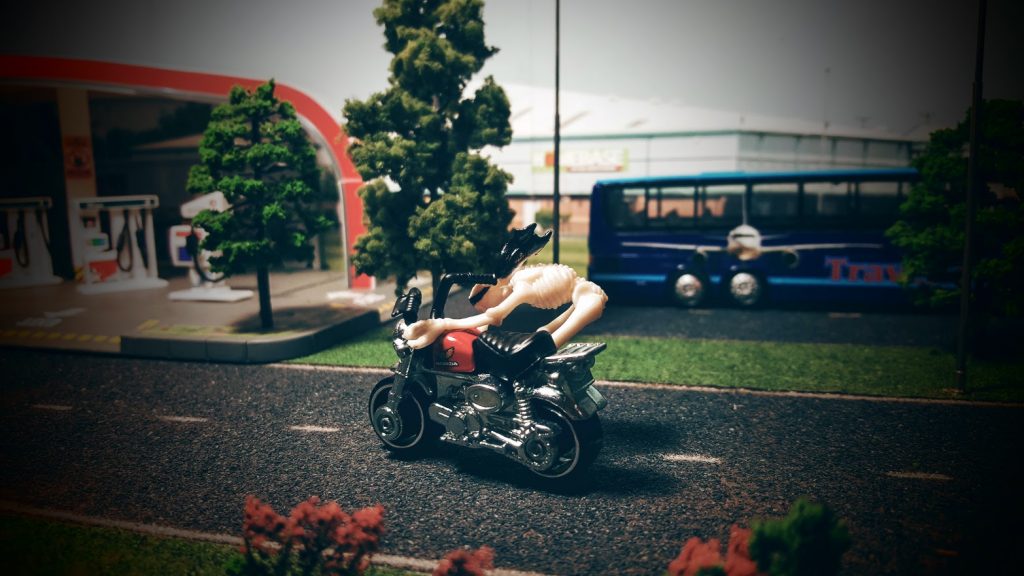 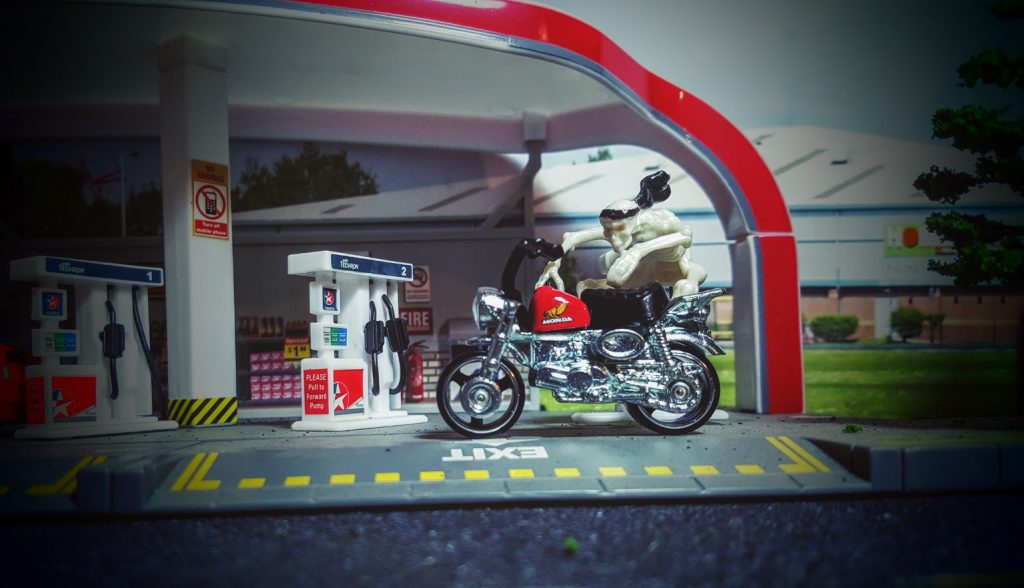 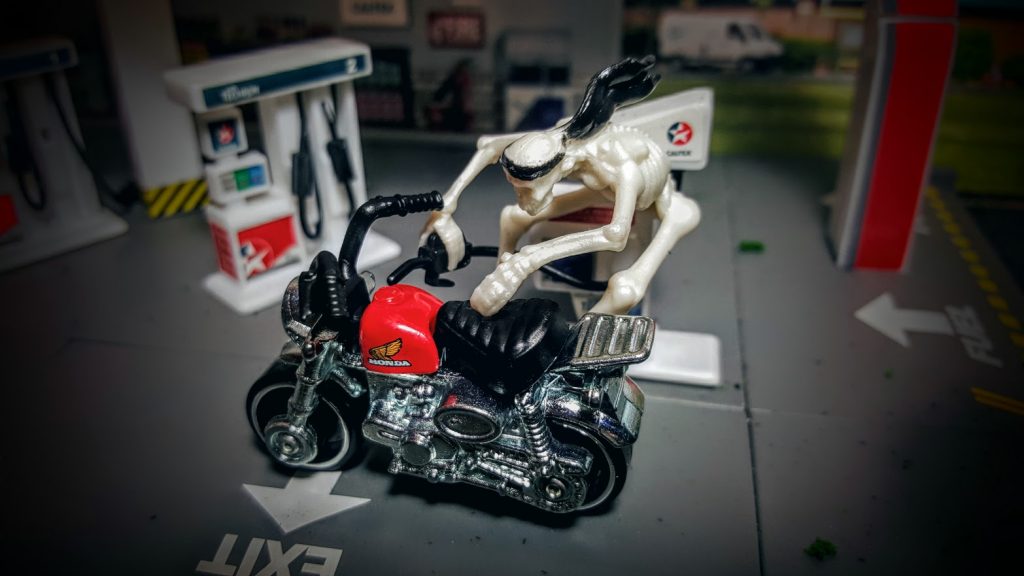 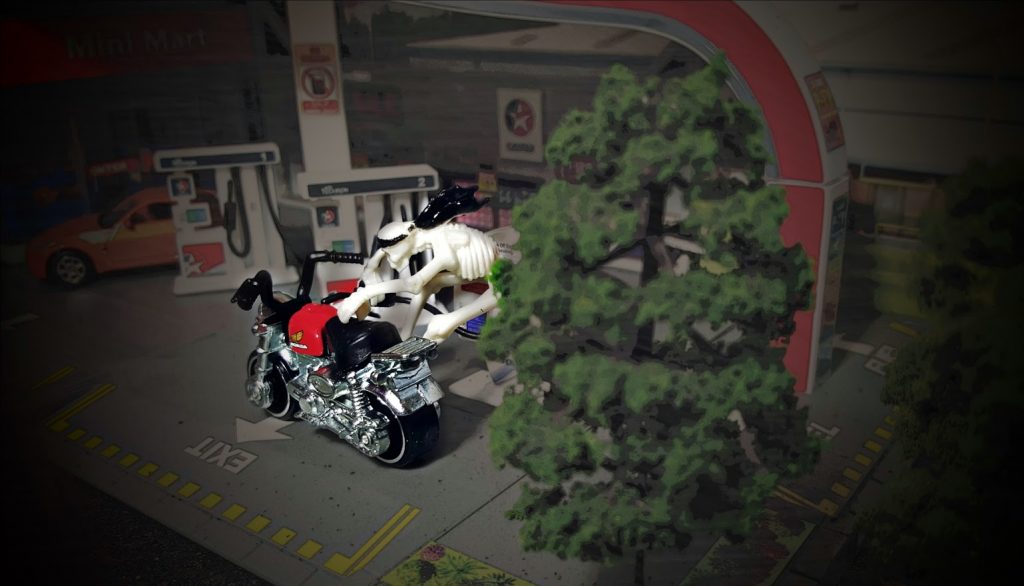 Death was NOT HAPPY JAN but I’m sure he’ll get over it.

I’ll leave you with the Instagram version of the above story – basically all the images in two collages. Enjoy and see you next time life gets even remotely exciting on the Hot Wheels diorama shelf. 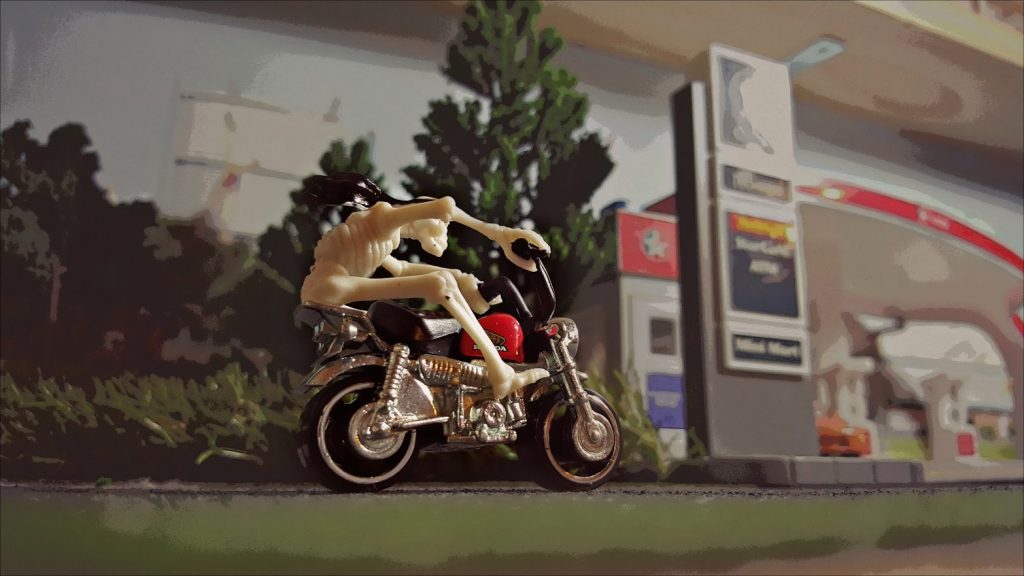 Death by Monkey in a Nutshell

Ok that title is almost better than the original!
Here’s the abridged version of ‘Death By Monkey’ 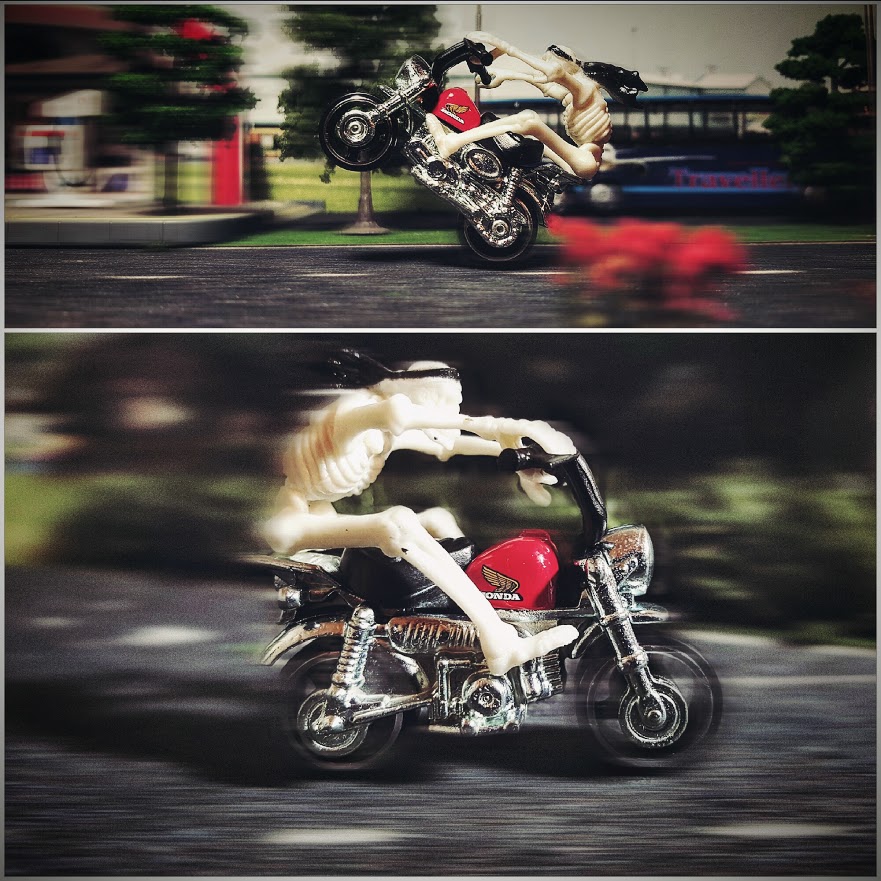 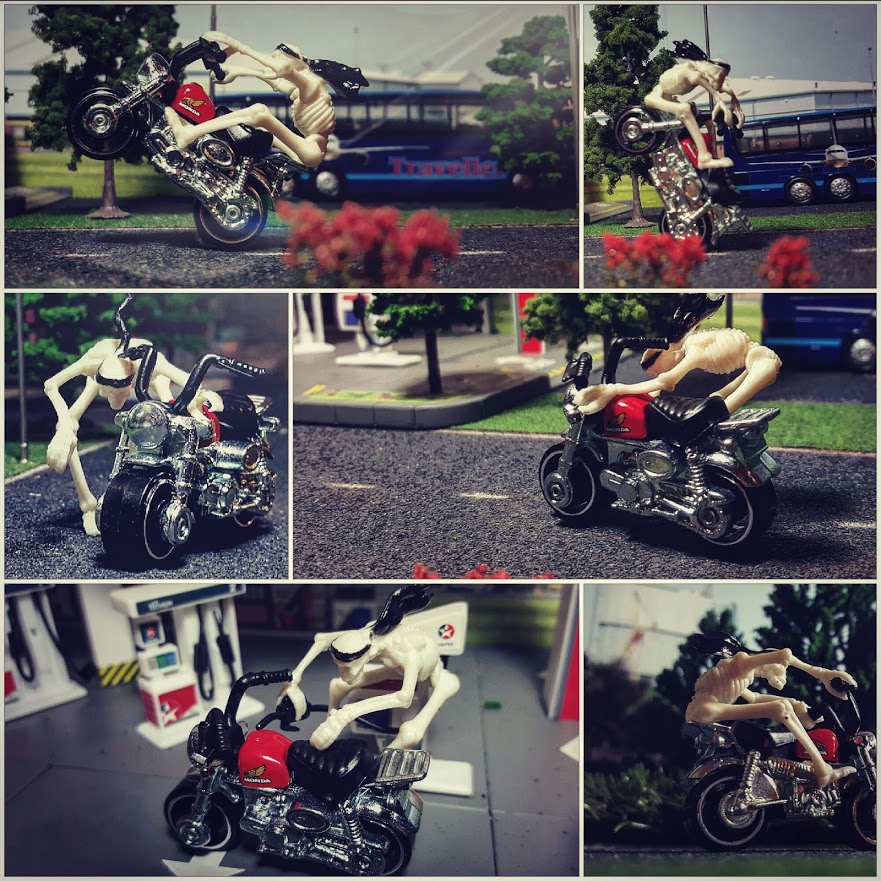