Finding diorama figures in Hot Wheels 1:64 scale is either really hard or really expensive… usually both. But with a little savvy know-how and some out-of-the-box thinking you’ll be able to add a whole variety of figures to your 1/64 scale diorama. Crowds of them in fact.

EDIT & UPDATE!!
1:64 scale figurines and Hot Wheels people are now available in a variety of styles including (but not limited to) Moon eyes & Gulf Racing team, Grezers 50’s Hot Rod style people, Characters from Movie and Popular culture and much much more. Follow the link here to see the range and availability of these hand painted and highly detailed 1:64 scale figurines and make your Hot Wheels diorama really pop (regular people pack shown in image below) 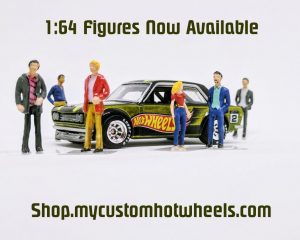 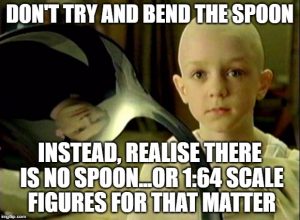 It’s a bit like the spoon in the matrix I suppose, and the sooner we grasp this horrible fact the sooner we can move on to our quest to find 1:64 scale figures. Wait! What? Exactly.

*I suppose I should actually point out the obvious fact that clearly there ARE 1:64 scale figures out in the market but since they are produced through Greenlight, Mattel and other random companies they end up costing a (teeny weeny) arm & a leg and are harder to find in the wild than a Super Treasure Hunt. They are also just wrong, as I’ll now rant

None of the Action Pack figures would fit inside the van….. and the guy in the suit is clearly a different scale to the hill-billy character! I call FAIL

I would also like to point out that in my opinion the attempt from these various companies to produce true 1:64 scale people is kind of a fail. Hot Wheels had an Action series in the early 90’s and the figures within them are too large. Greenlight make figures that have different scale people within the same pack! And don’t even get me started on Tomica’s attempt.

Since 1:64 scale figures are so hard to come by at reasonably cheap (read: ridiculously cheap) prices we are left with no choice but to move away from the relative comfort of the 1:64 scale world and pay a visit to our slightly confused “I’m not sure whether I’m 1:75 or 1:87 scale” HO scale neighbours

The world of HO scale Trains is an incredibly large one that has been in existence for as long as trains have (one assumes) and as such is very well established. This means that if you are looking for ANYTHING diorama related for your Hot Wheels setup then your best chance of finding it is within the HO Scale train hobby world. 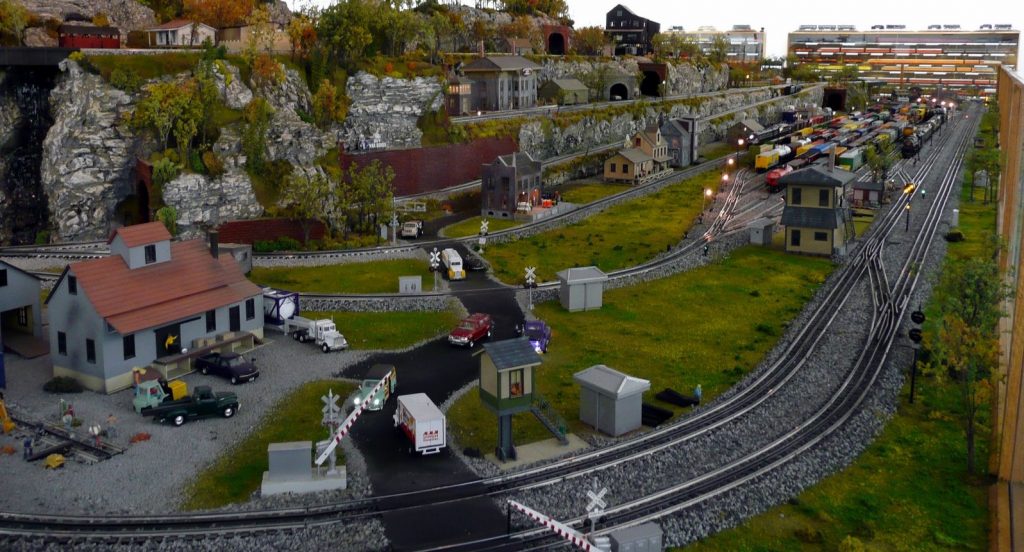 HO Scale Train setup with diorama pieces ranging in scale from 1:87 to 1:75…which is kinda close to 1:64 if you squint and stand back 😀

I have touched on the connections between Hot Wheels and HO Scale Trains already when I showed you How to make a Hot Wheels Diorama but for the sake of actually being helpful, the following links will provide you direct access to the products in question – you can then follow the hack below to make your own 1:64 scale people. 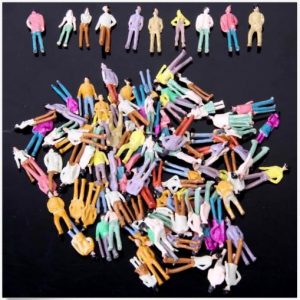 The key word here is ‘CHEAP’ because we’re not after a figure or two, we want crowds of them to fill various scenes in our diorama. Paying $20 and up for 6 Greenlight figures for example is going to require a second mortgage and so we head to the one place where cheap shit is in abundance… Walmart, I mean eBay!

The image to the left is an example of what you need to purchase – and if you follow THIS LINK HERE you can just go buy them right now. If you decide you want to extend your search and see if there are better examples or diorama packs available then I recommend utilising the following searches within eBay: 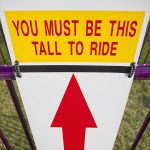 Within the pack of 100 people you will find the heights of the people varying anywhere from 1.5cm to 2.7cm tall. Anything over 2.2cm is close enough to 1:64 scale and as such I simply go through and discard those that do not make the cut. As a general rule I only pick the very tallest ones and end up with around 20 standing and 10 or so sitting people. Also note that the moulds of the people are generally repeated so I recommend buying a few different varieties of packs so that you have a good variation of people and poses by the time you have culled the ‘under achievers’

The Hack So Good They Are Literally Crowding Around. 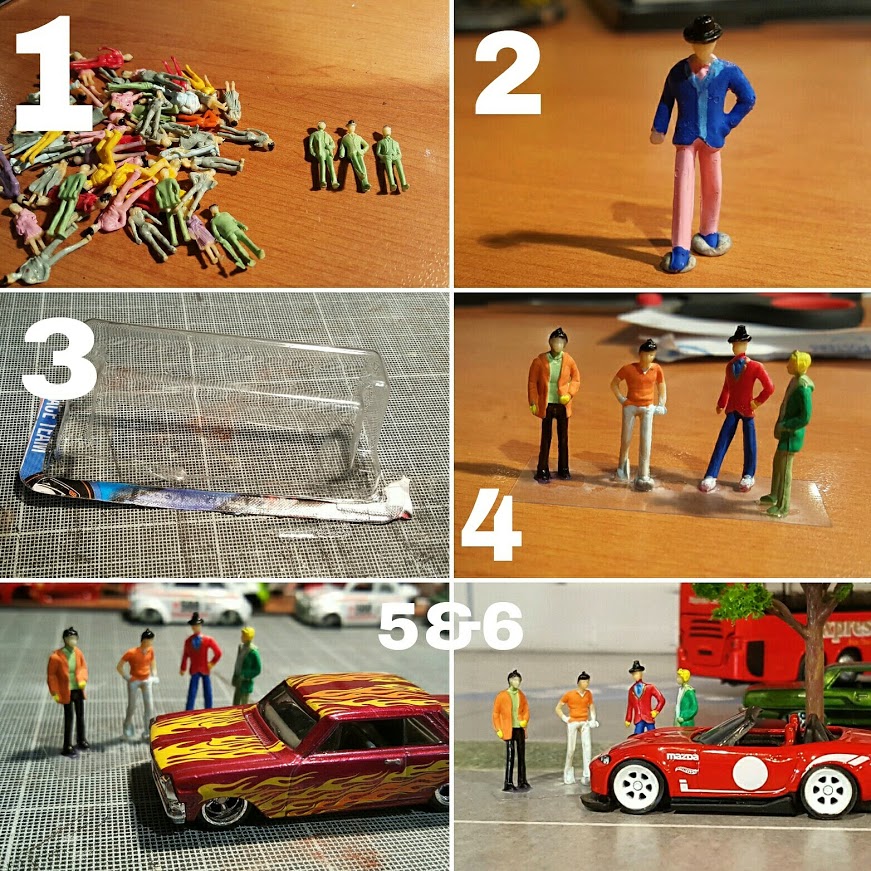 It goes without saying that how many characters and how large a sheet of clear hard plastic you choose to use is limited only by your imagination and capacity to place it somewhere. I am currently creating crowds of people in such a way that they can interact with the vehicles – placing the groupings in ways that mimic car meets, people having altercations on the road (ROAD RAGERS), general oglers and rubber neckers and anything else that comes to mind.

I have also just finished a brand new diorama (much larger this time) and although the following images offer a sneak peek at the setup so far you will be pleased to know that I will be updating you regularly and showing you just how ‘crowded’ this 1:64 scale Hot Wheels diorama gets. 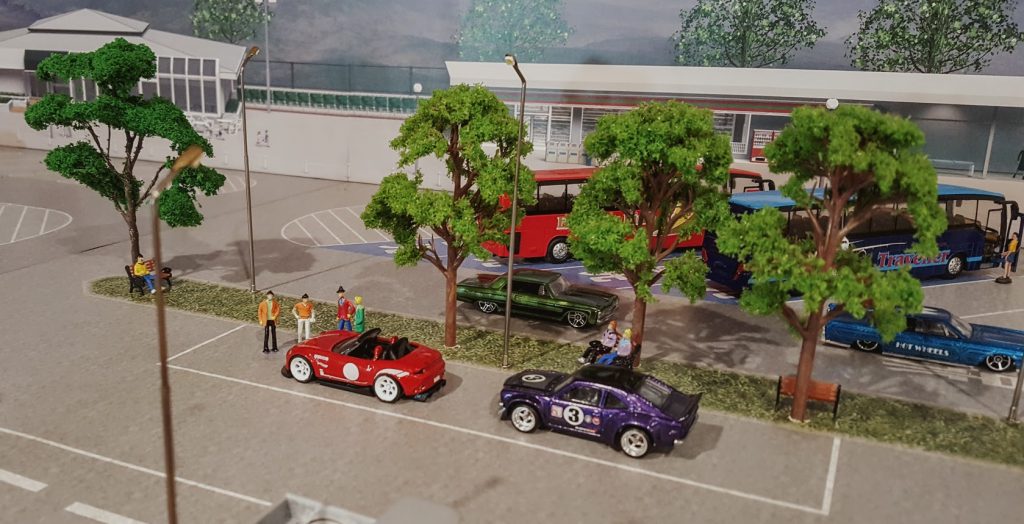 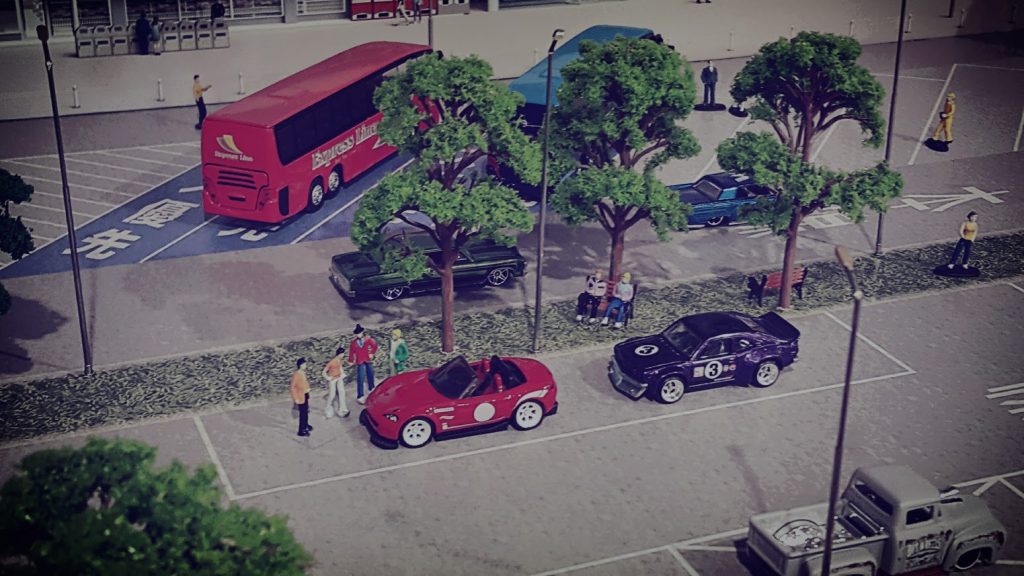 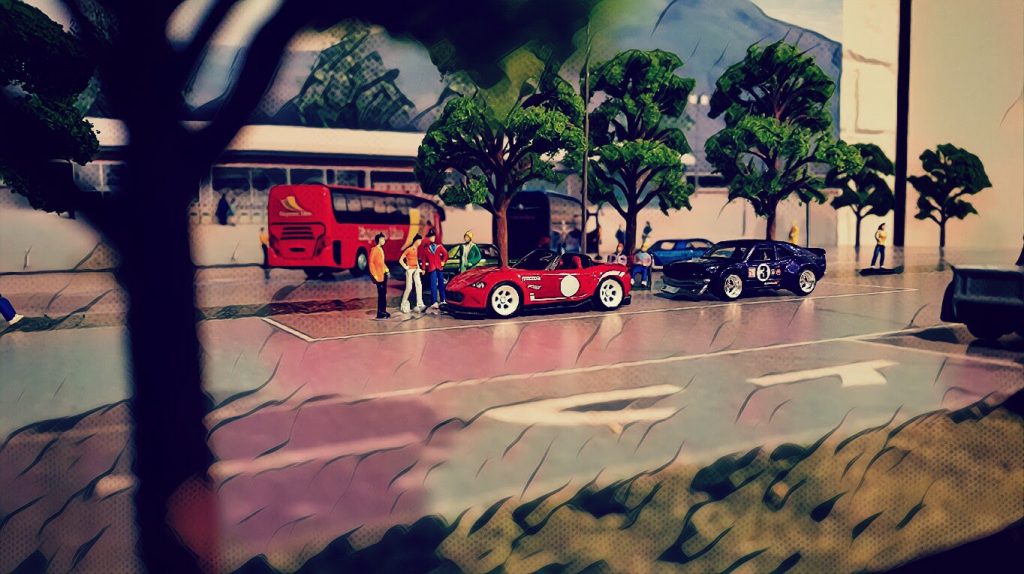 Now that you have nailed the art of creating infinite 1/64 scale figures for your Hot Wheels diorama the next step is to add those extra details that turn your setup from pretty awesome to #NailedIt! – for that I recommend catching up on the following resources here at MCH.