Custom Competition Number.... Something Something

I recently entered a 'Custom '77 Dodge Van' Competition that was hosted on Facebook but it was only in the last 3 or 4 days that I decided to actually partake in said custom-off. Combination of other stuff having to be done and my conviction that I certainly wouldn't find the time meant I had already advised the host that I would not be entering....and then a sudden boost of enthusiasm combined with a gap in my schedule meant...holy crapsticks, I only have 3 (or 4) days! (insert Macaulay Culkin Home Alone face)

Like any good custom the process began with what I like to call 'Shits and Giggles' which basically entails playing with and looking through your parts bin/donor shelf and seeing ... nothing in particular to be honest. Just look because if your mind is open then trust me, you'll know when you find it 😉

I ended up finding a Matchbox Firetruck and thinking yep this just might work.

Truth be told I spent more time trying to work on a pun surrounding the whole idea of Dodging fires since I was working with a Dodge and a Firetruck, but failing to think of anything even remotely amusing I got back to the task of actually building the thing...

The process of getting her to this stage involved the following:

Actually I ended up having to cut the base of the Dodge Van flush with the cut through the body and I completely did away with the Matchbox Firetruck base. I chose the base from a 49 Ford COE (The Capt Kirk Star Trek Pop Culture one) as the back was (much) wider than the firetruck and resulted in a more realistic look.

Problem now was that the rear wheels sat outside of the edges of the firetruck and made it look kinda stupid. To remedy this I cut the front wheel fenders from a Fast Gassin' (Petrol Tanker thingy) and turned them around so that the headlights became tail lights.

Well I did all that and then I just stared at the mess I'd made... 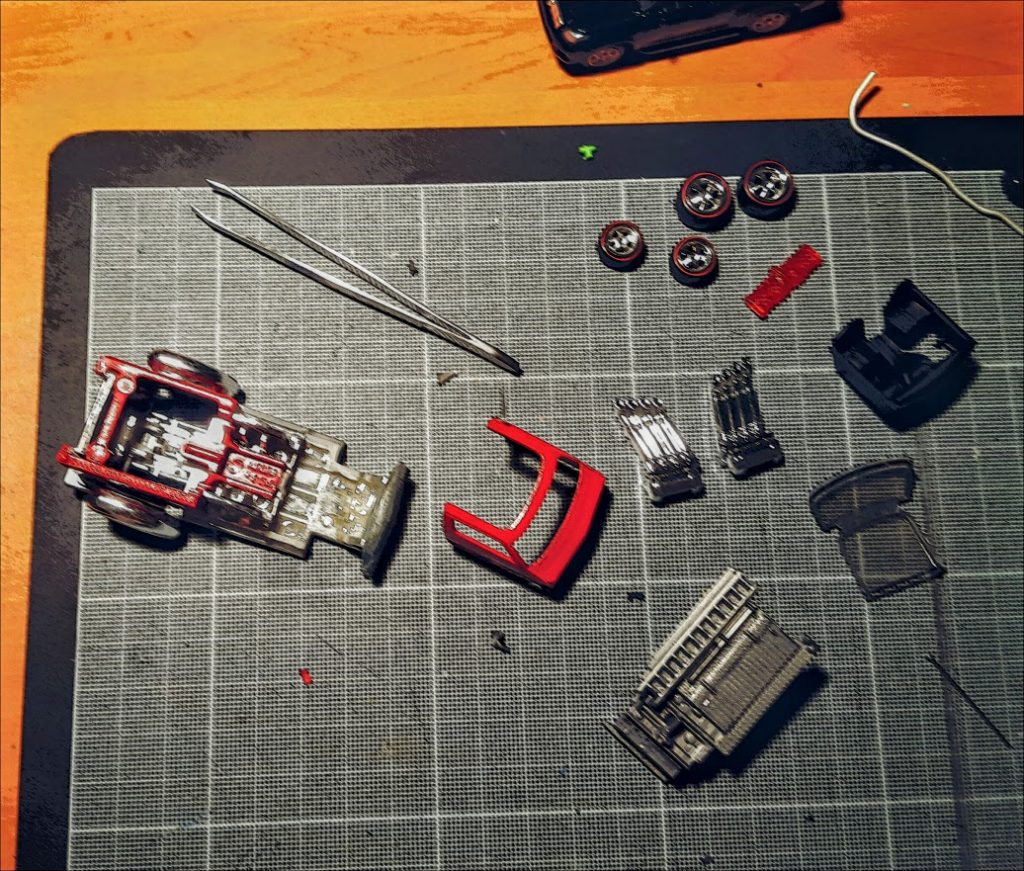 Ok so the ummm how did it go again? Ah yes! - The knee bones connected to the thigh bone. Right got it. 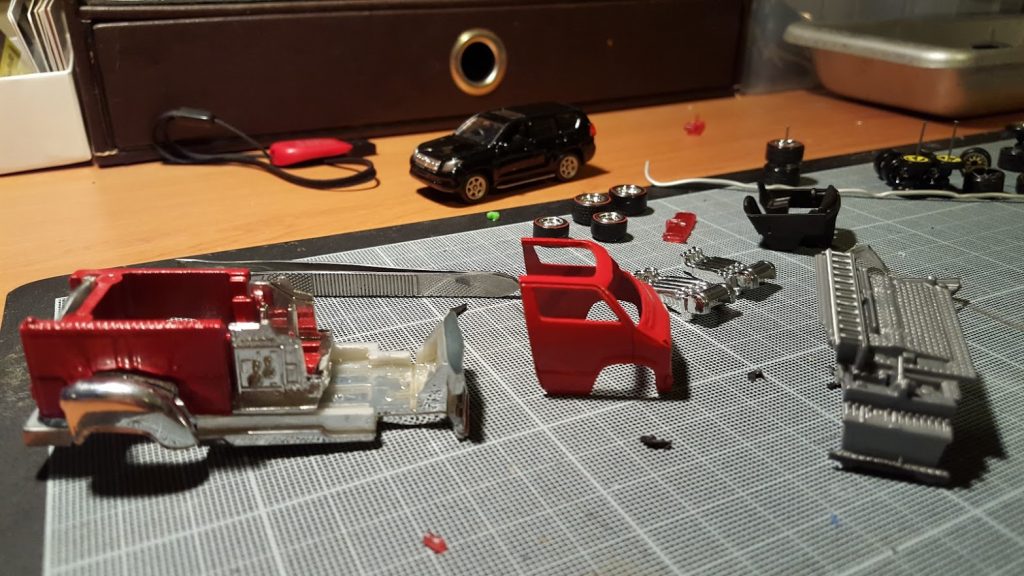 I'd cut the exhaust stacks from the Fast Gassin' while I was there and after using 'bluetac' to hold the pieces in place I ummed and aaahed over whether they should be included or not. 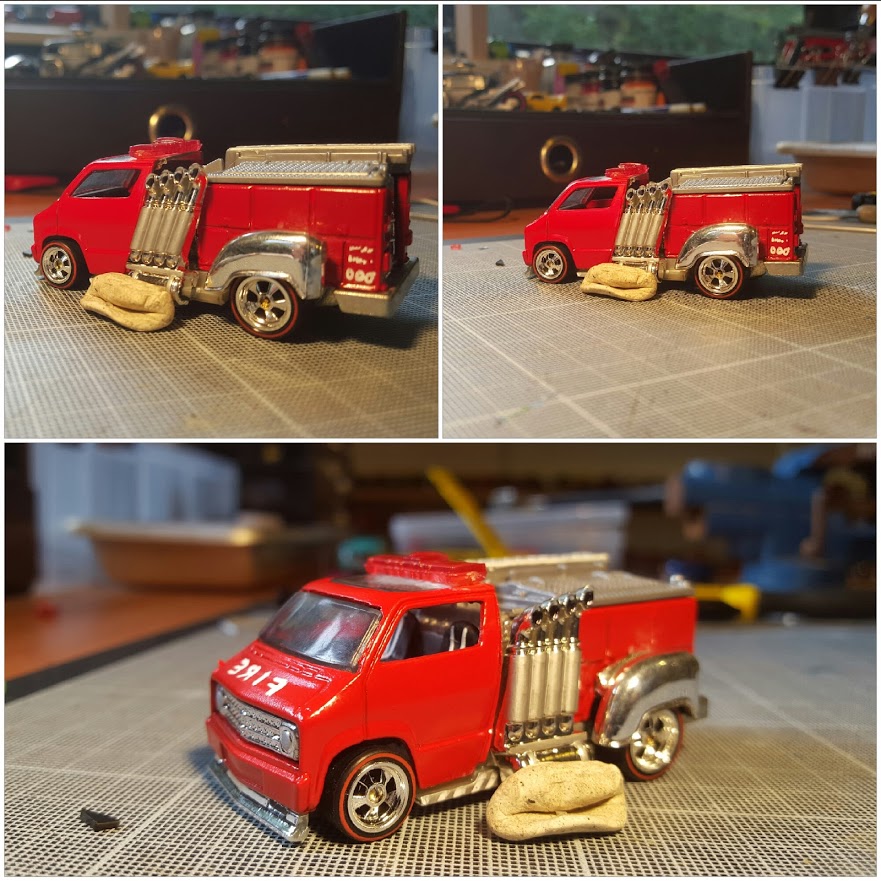 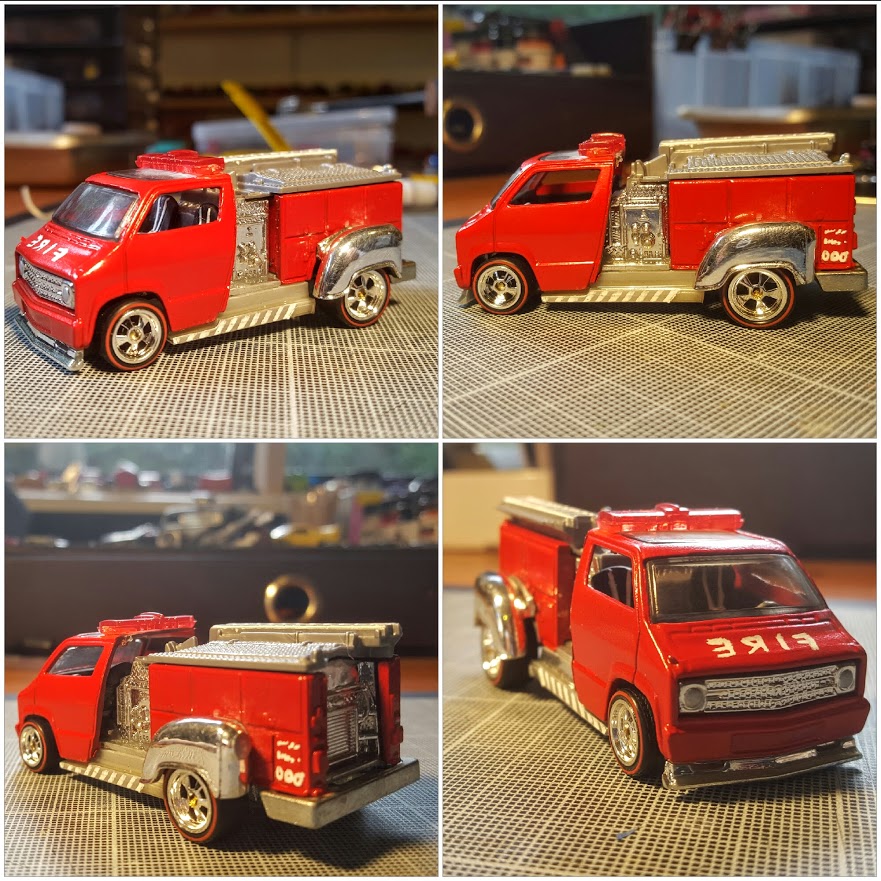 I decided that  as much as I loved the exhaust stacks they blocked off too much of the details of the sides of the fire engine and covered the entire reason I had cut where I had - so that the chrome detailed part of the Matchbox firetruck would sit flush with the cabin and reveal itself to the world.

And reveal I shall...

When I looked at the other entries in the competition I have to admit I thought I was in with a good shot. There was one build however that I thought was definitely a contender and quietly decided mine shouldn't win against it. No really - check it out and tell me if you agree? 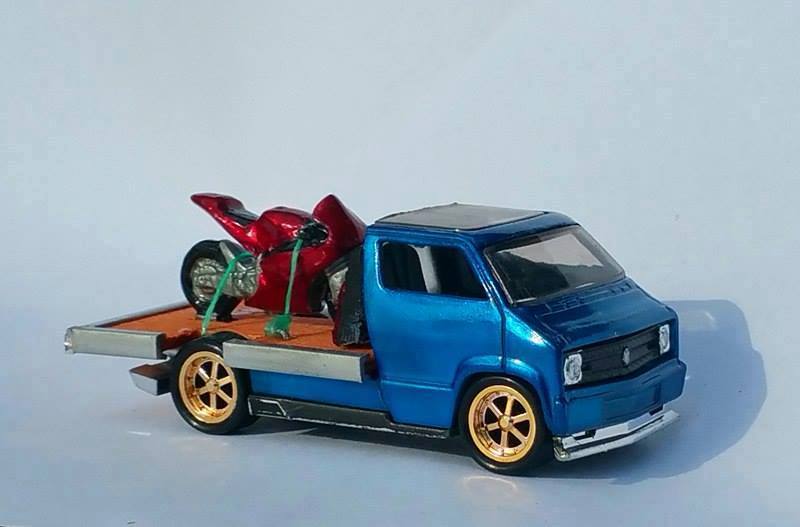 Congratulations to Mr Gibson for what is truly a clean and well constructed custom Dodge Van. I tip my hat to you sir and happily accept defeat to such a clean custom Hot Wheels. 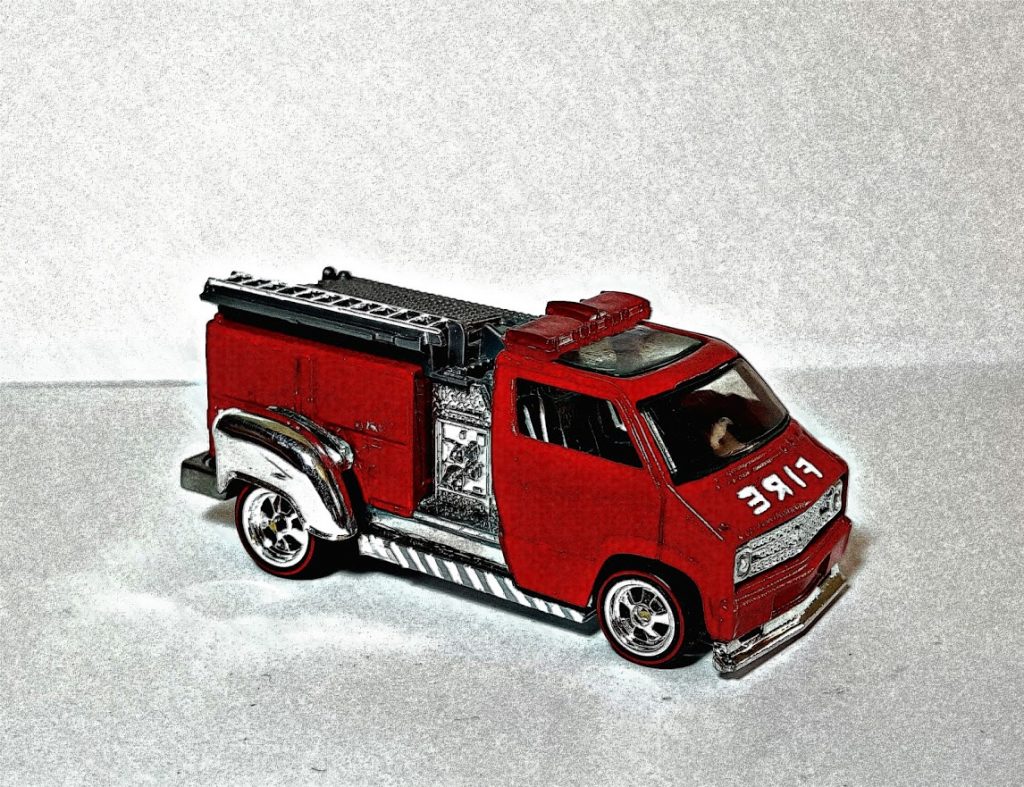 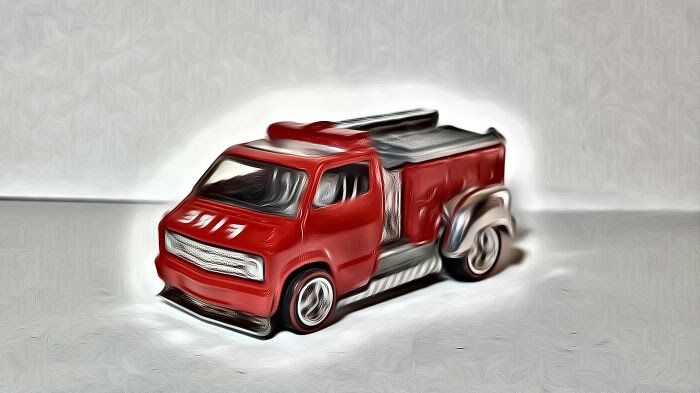 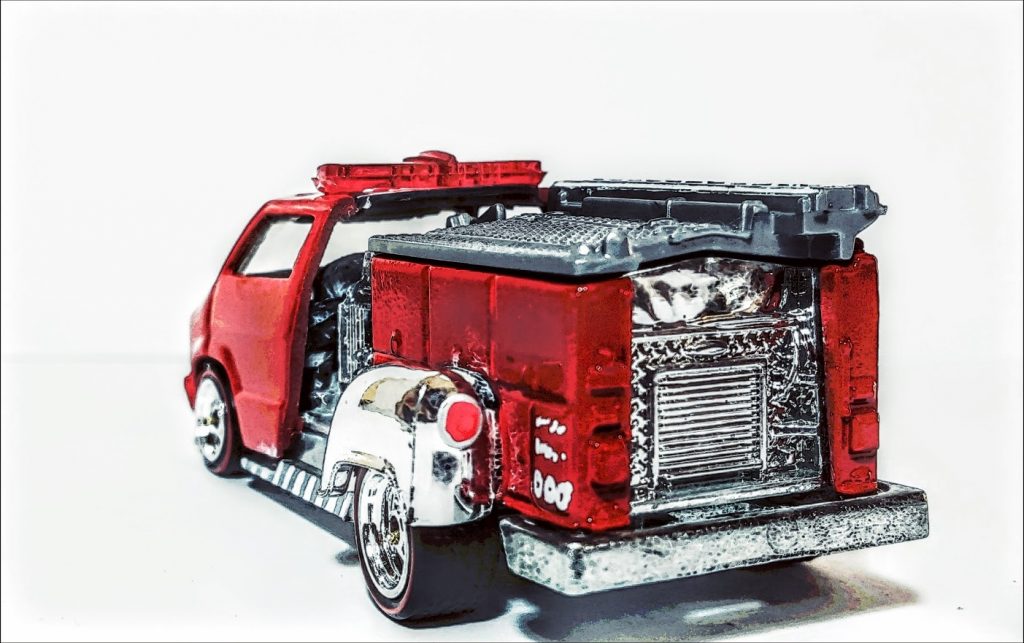 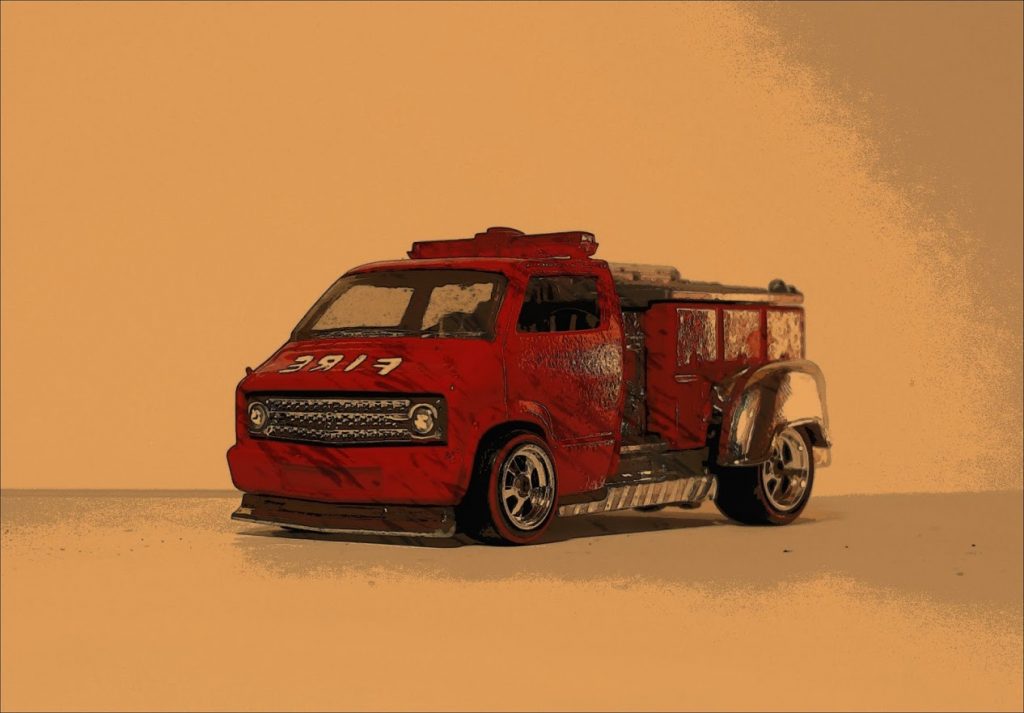