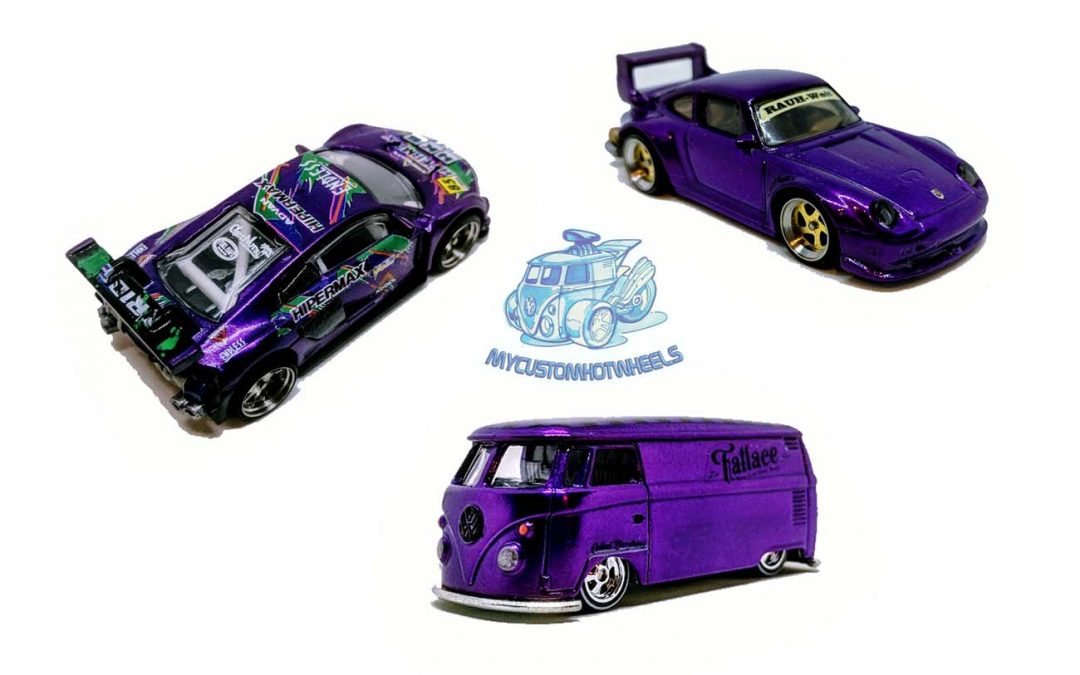 OK so there’s no persons being consumed anywhere – in any shape of form. But how could I resist adding it to the title?! Besides, who doesn’t love the smell of alliteration in the morning?! :p

It has also just occurred to me that all three of these shiny purple customs are of European descent – and if you know your car brands will realise that in fact all three brands are owned by Volkswagen AG – which itself is majority owned by the Porsche family. So it seems that no matter how far you travel in these European automotive circles, you always end up back where you Stuttgarted 😉 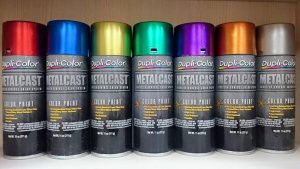 So I recently found this awesome metallic spray paint that you can use to create spectraflame effects on your customs – provided you polish and shine the absolute crap out of the casting before hand (for those who want a catch up, check out THIS ARTICLE HERE to learn how to polish and paint spectraflame)

Being one of those stubborn customisers who refuses to buy an airbrush because he’s too lazy to learn a new skillset I am kinda limited to what colours I can use (yes I know, cutting my nose off to spite my face) so whenever I find a good’n I tend to go a little overboard.

The brand and colour I used was – well purple obviously, from Dupli-Color and is a product called METALCAST (pictured) – the perfect paint for spraying on anodized/shiny metal surfaces. It’s the closest us non air-brush folk can get to achieving true spectraflame and I highly recommend it – in fact all the colours from Dupli-Color Metalcast range are fantastic…but I digress…..and then I customised 😀

I created this Purple Fatlace T1 to mimic the limited release Fatlace T1 Panel Bus released by Hot Wheels – and I reckon it looks better in Purple 🙂 I then offered this little piece of shiny goodness up as a prize to celebrate the release of the Fatlace Decals now available in store. The lucky winner was Jade Rawson, a man who produces some pretty delicious customs in his own right! (Congrats again Jay man). 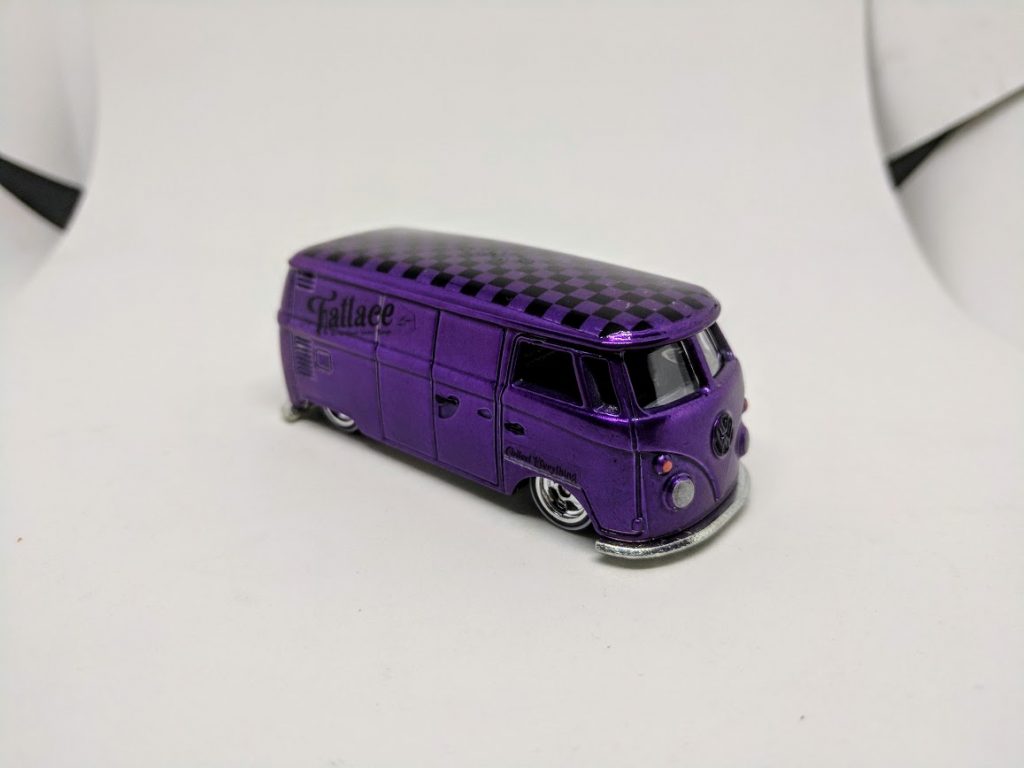 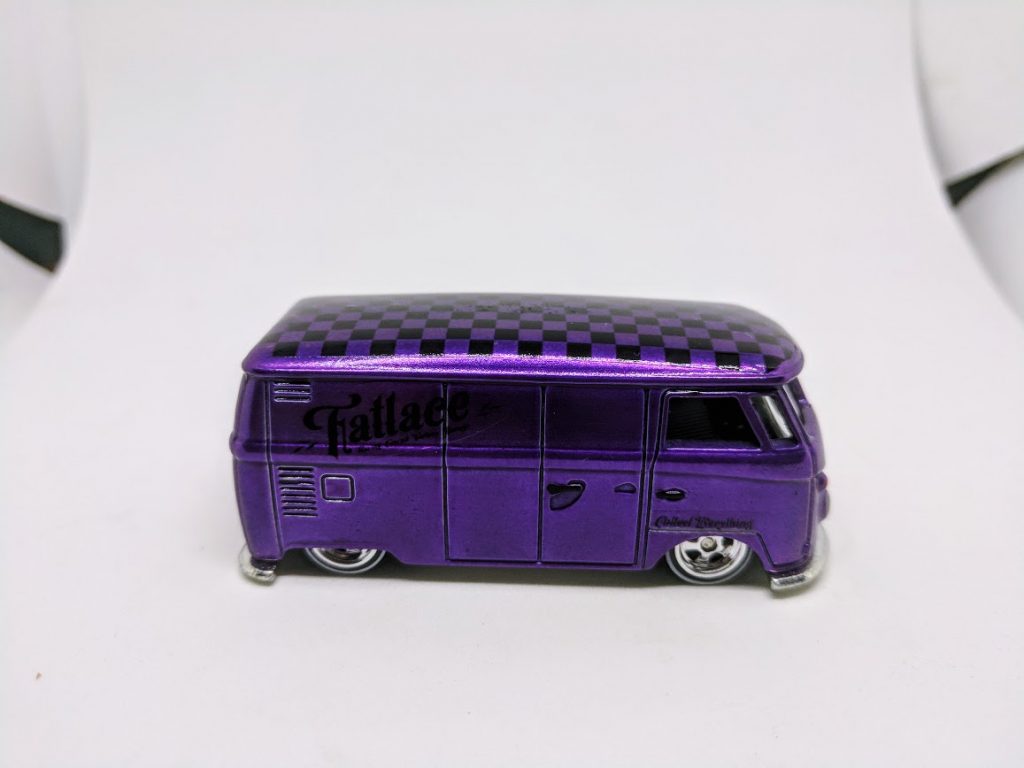 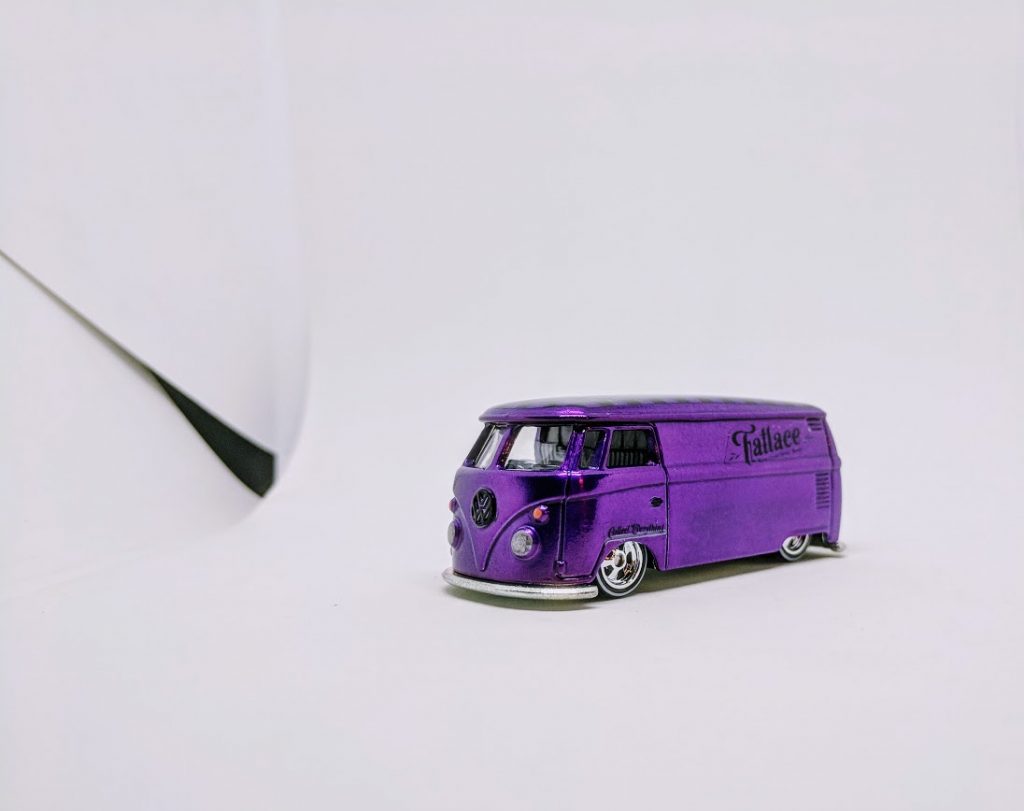 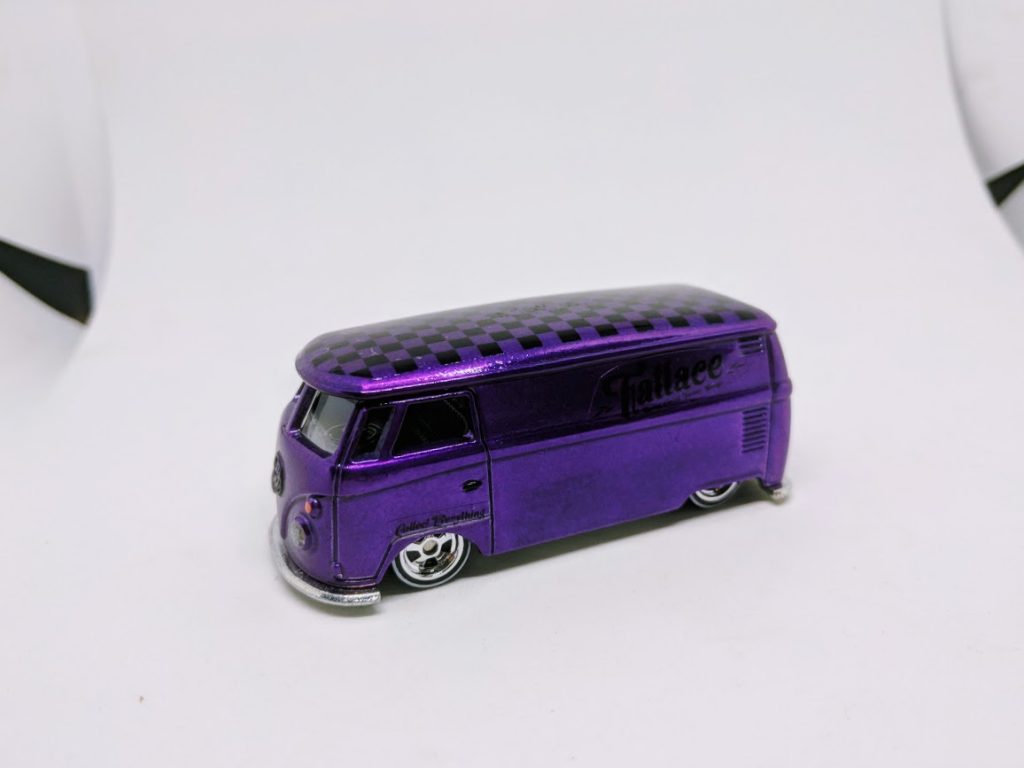 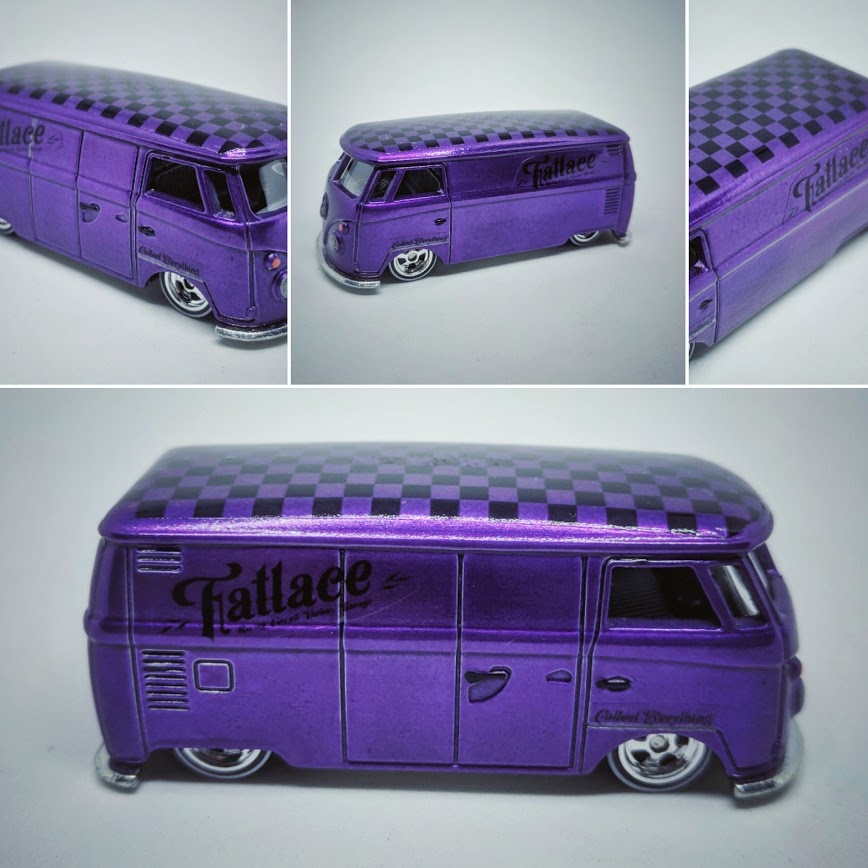 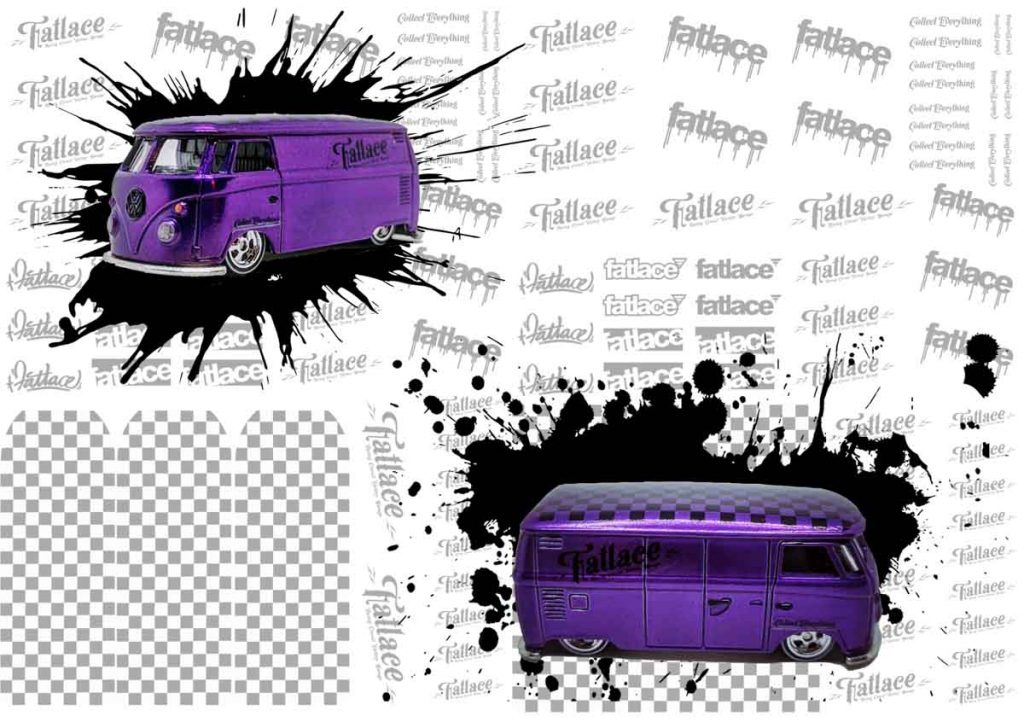 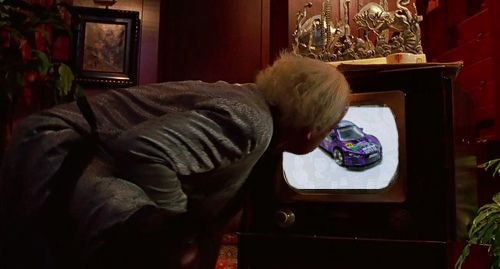 This next creation turned out exceptionally clean (even if I do say so myself) and certainly evoked a few ‘Great Scott’s’ from this not so humble customisers lips :p

The decals I used were supplied by @10Toys and are fantastic quality – I of course do not have a white ink printer at home and so cannot produce white decals like these – even if I  wanted to. Hit up 10Toys on Instagram and/or eBay to see his range of white ink decals.

In terms of the build itself, it was all relatively straight forward – except for the part where I tried to wrap the side inserts in carbon fiber, holy hell that was a battle, what with my fat Caucasian hands ruining everything! The only addition/change to the standard casting is of course the removal of the rear end – which was replaced with the twin turbo exhaust setup as found on the ‘Cyber Speeder’ casting. 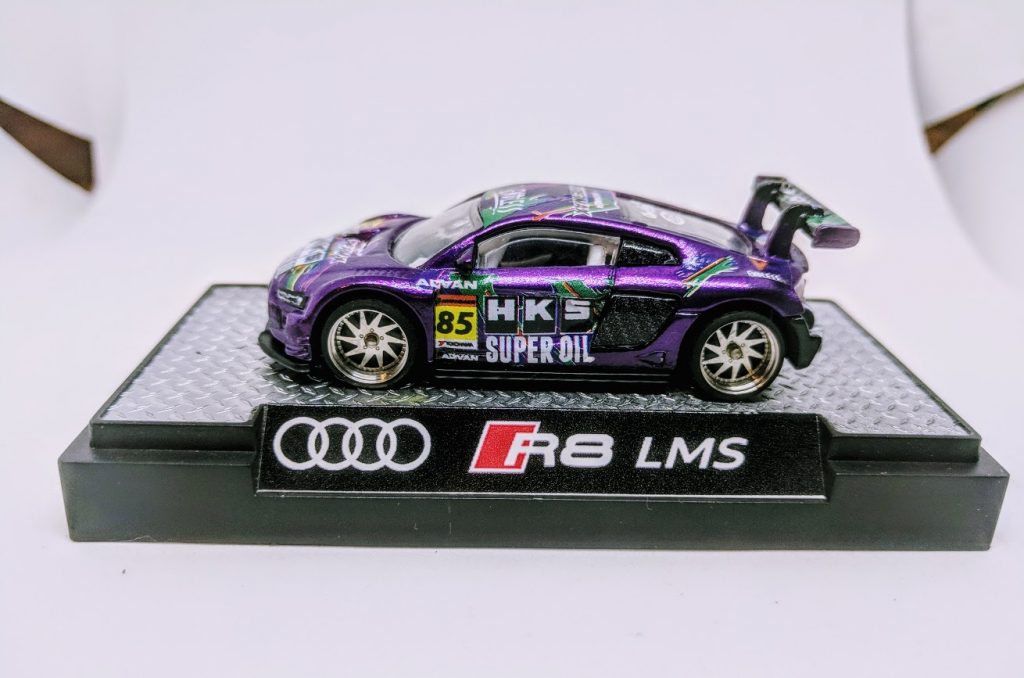 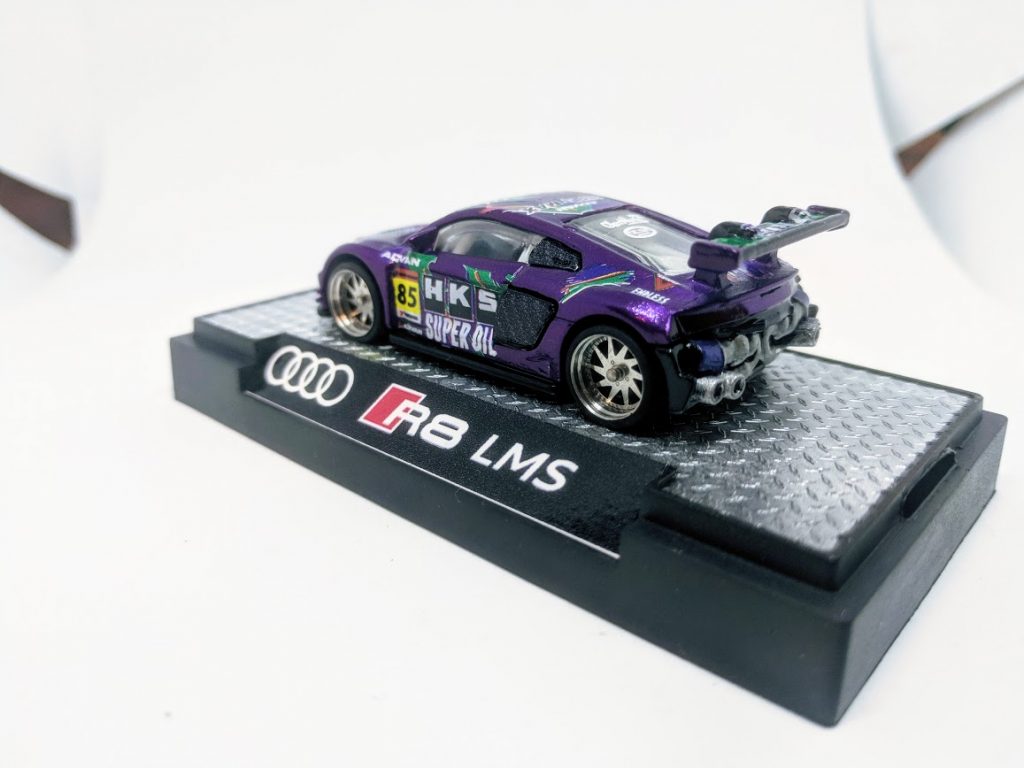 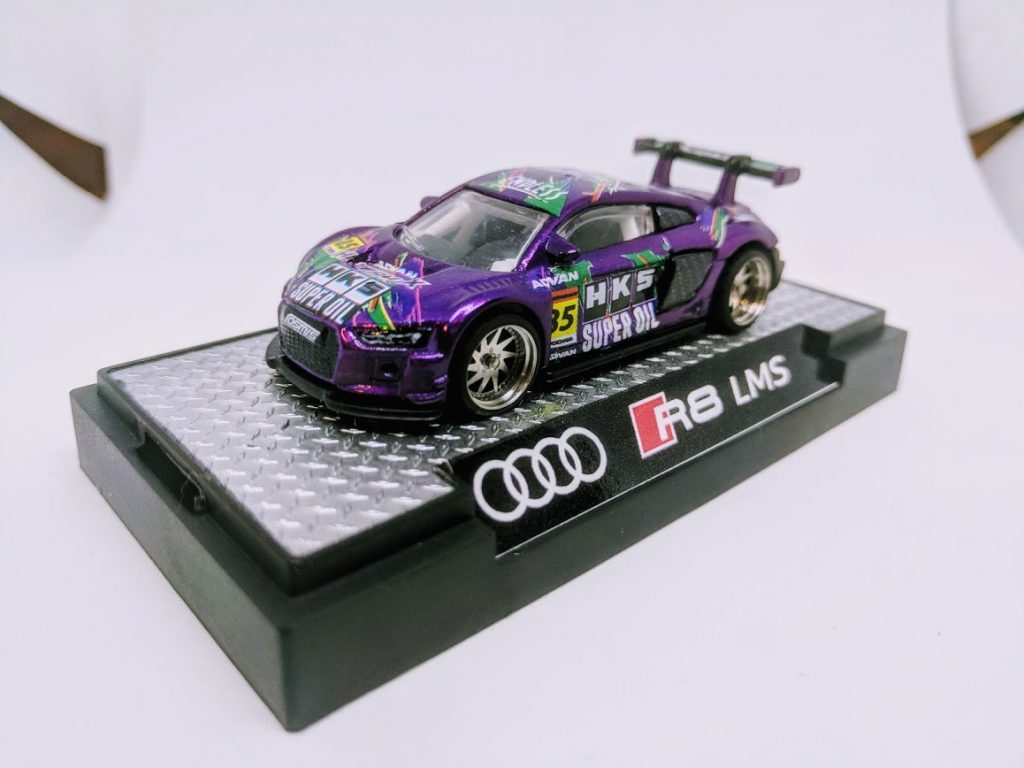 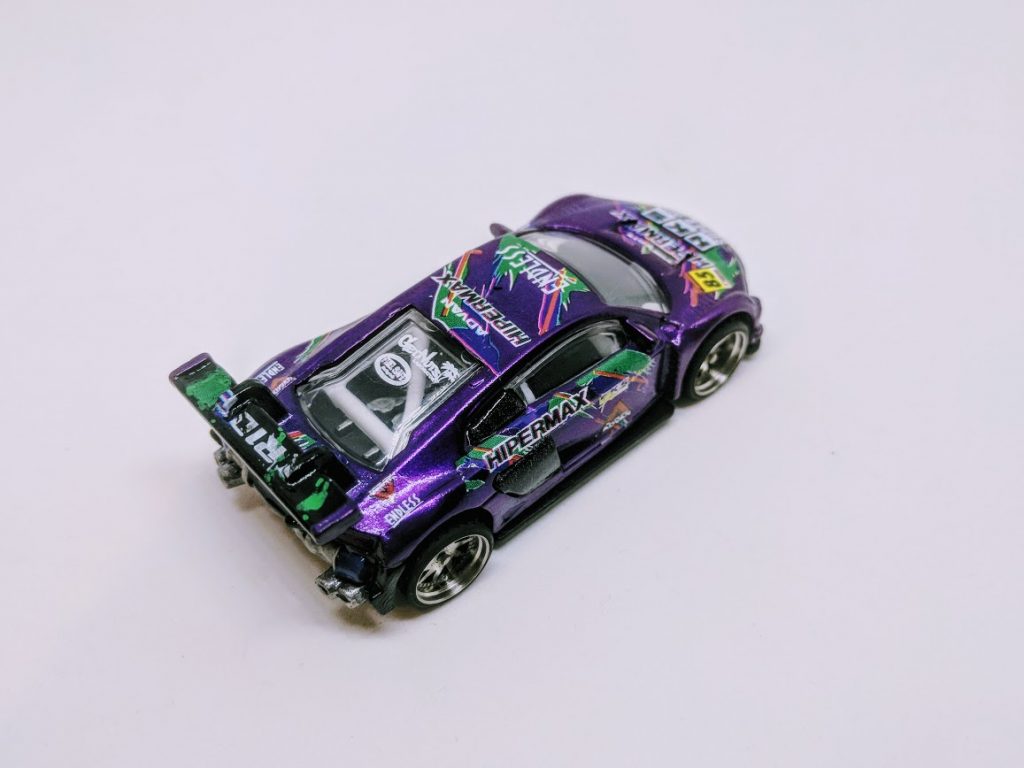 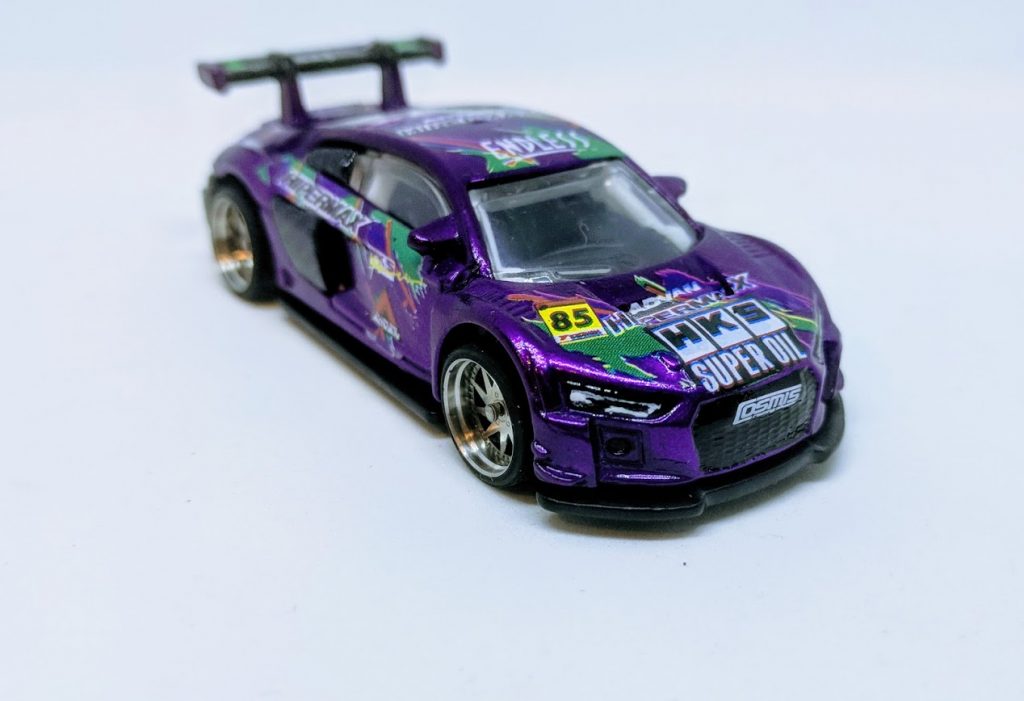 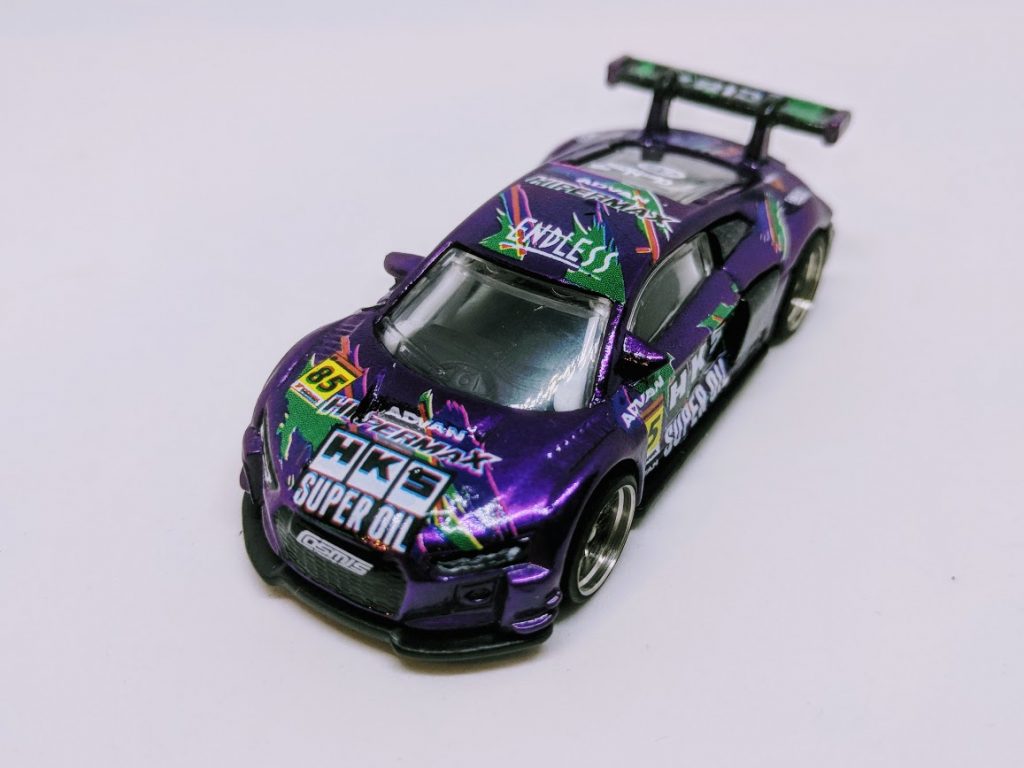 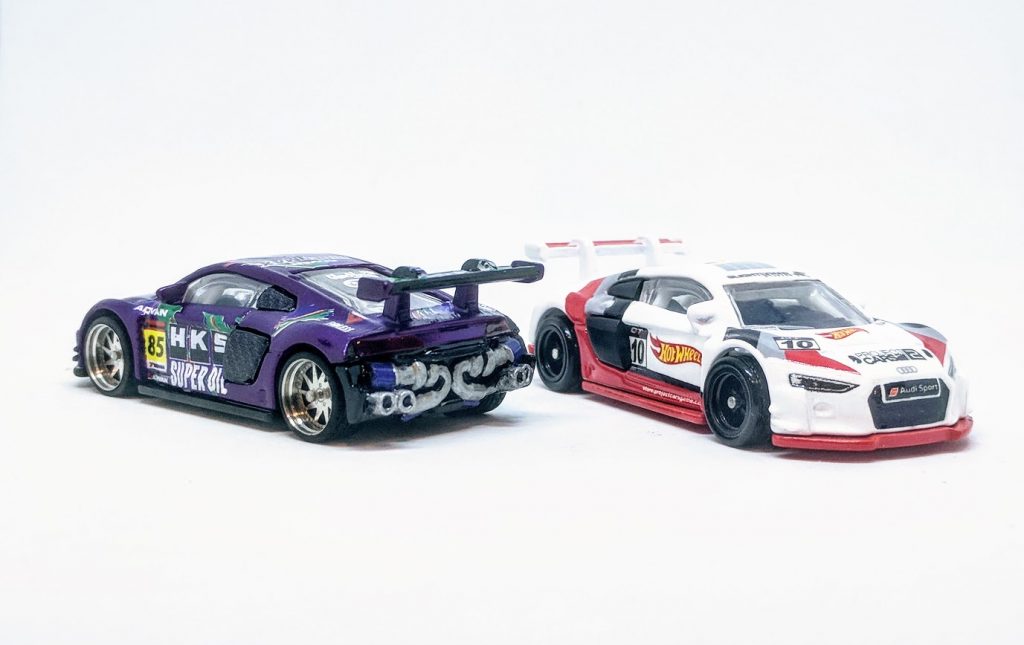 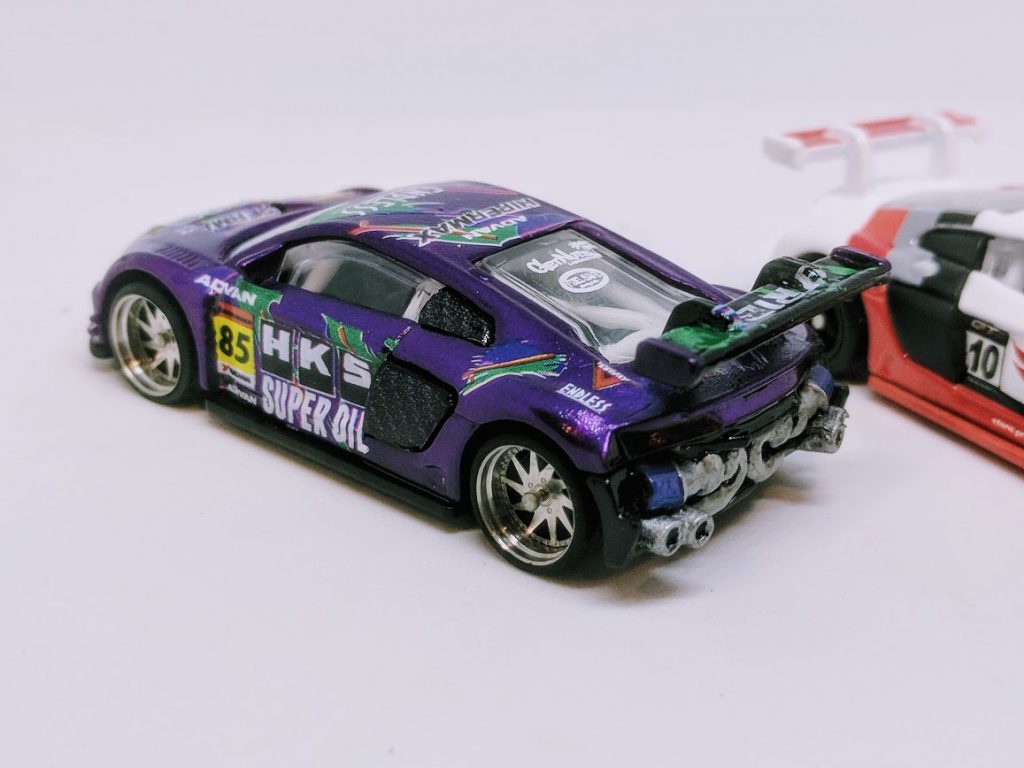 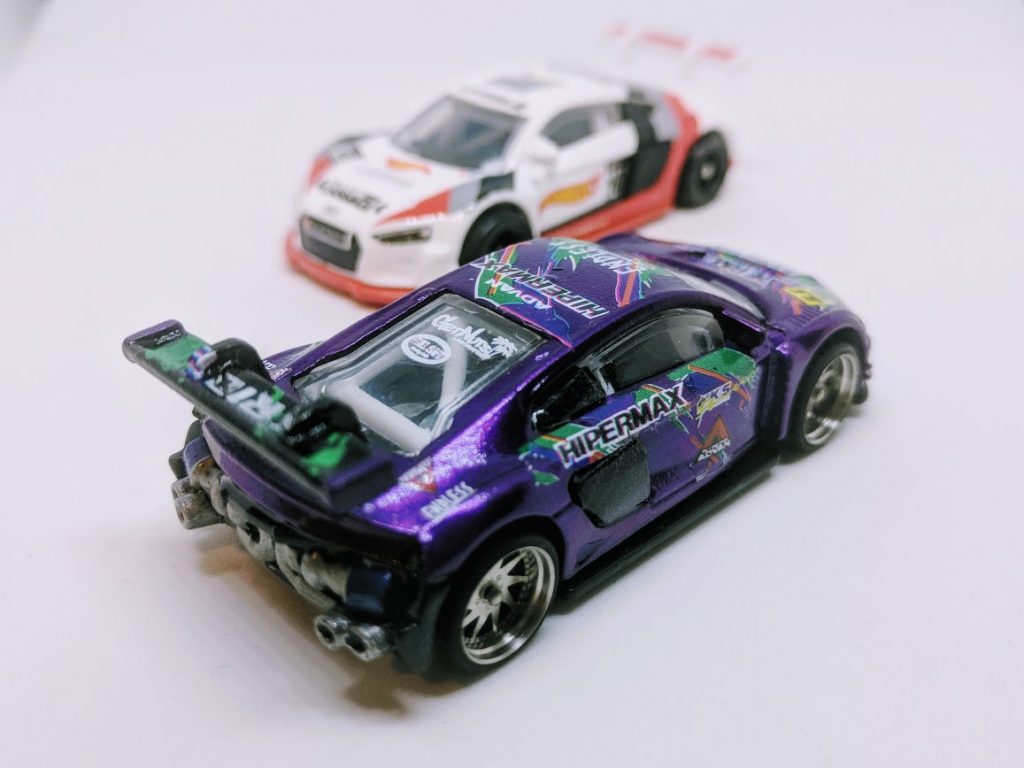 Who doesn’t love a bit of Rough in the morning? RWB is a name synonymous with Porsche and general badassery and is actually about to make its debut in the Car Culture series from Hot Wheels (check out Your Custom Hot wheels 18 for a sneak peek) It’s therefore no surprise that customisers all over the world including little ol’ me are loving adding that Rauh Welt touch to our custom creations…not that my creation could even hold a flame to the work of Pisut @Masanong, Joel @diecast_dxb or Doug @Carllector – three players who have taken the building of badass Porsche’s to the next level. Meh, this is my soapbox and as such I will stand on it and force my custom creation down your throat…so here it is 😀 Rauh Welt RWB Decals available here 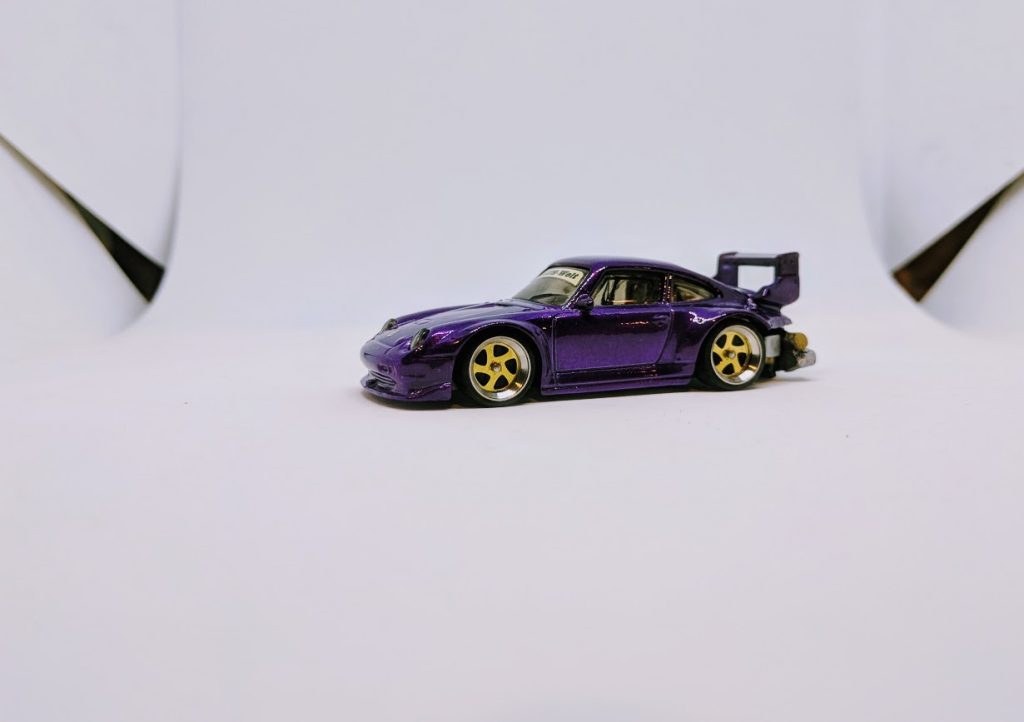 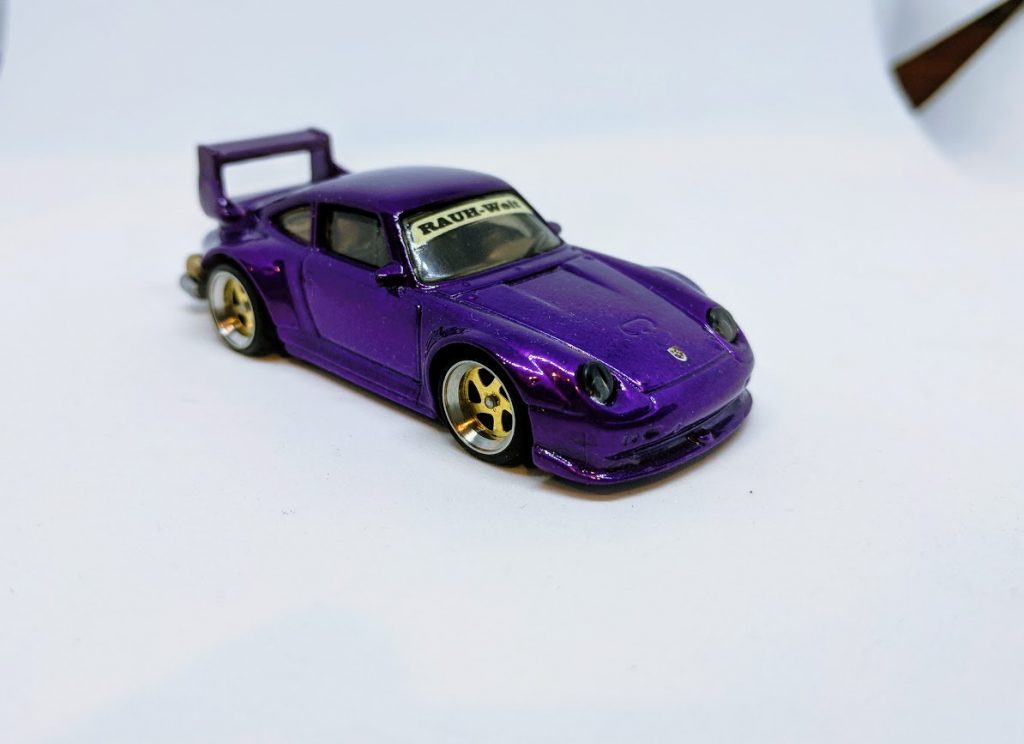 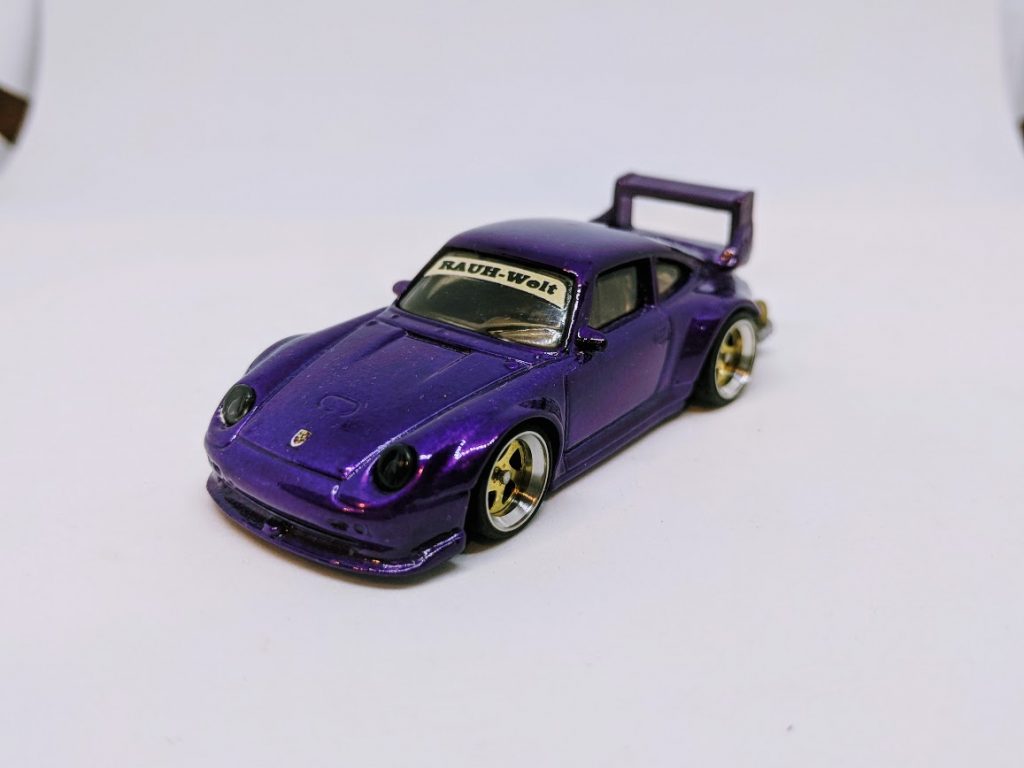 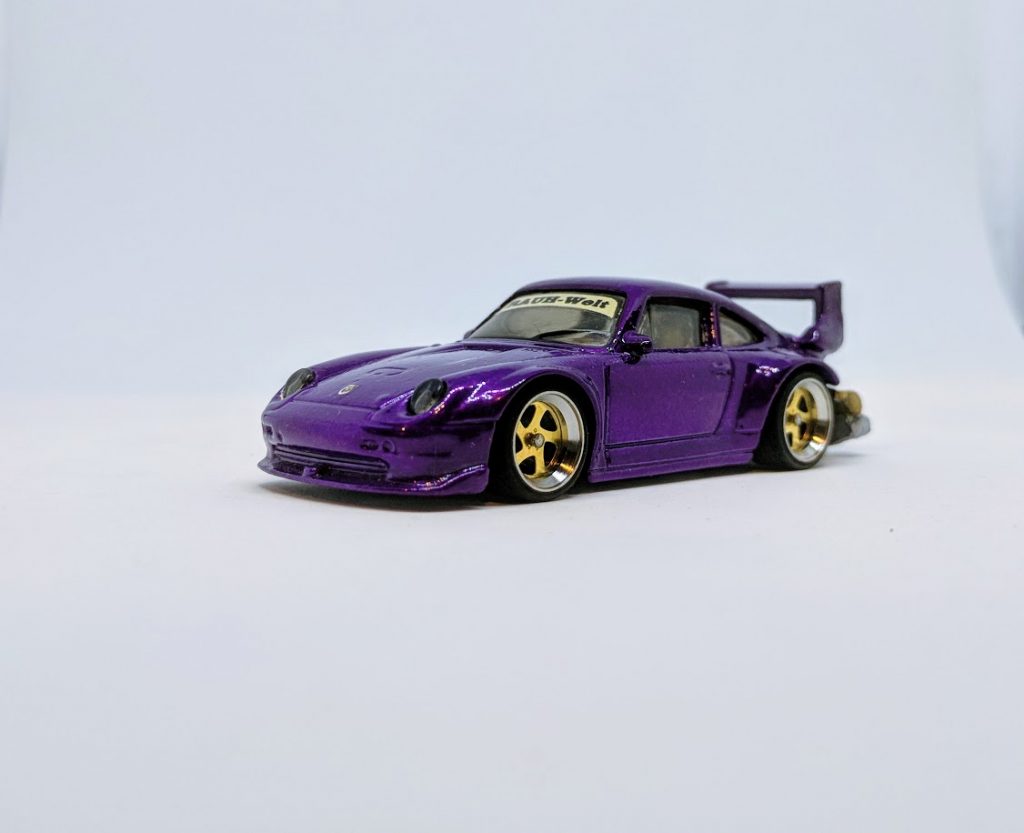 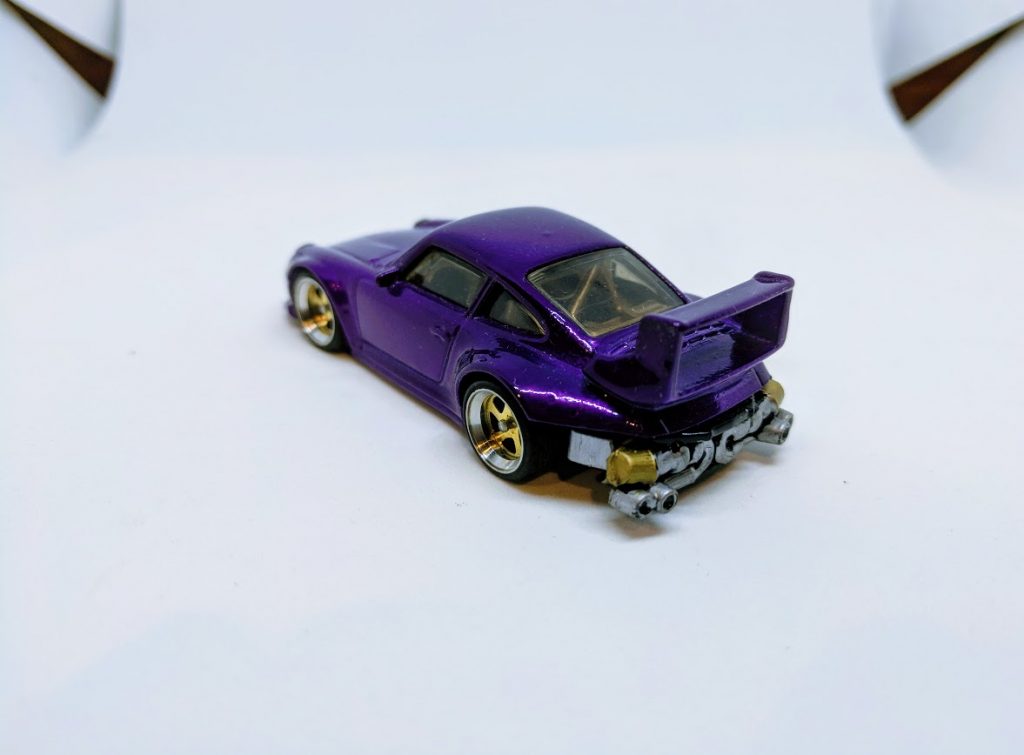 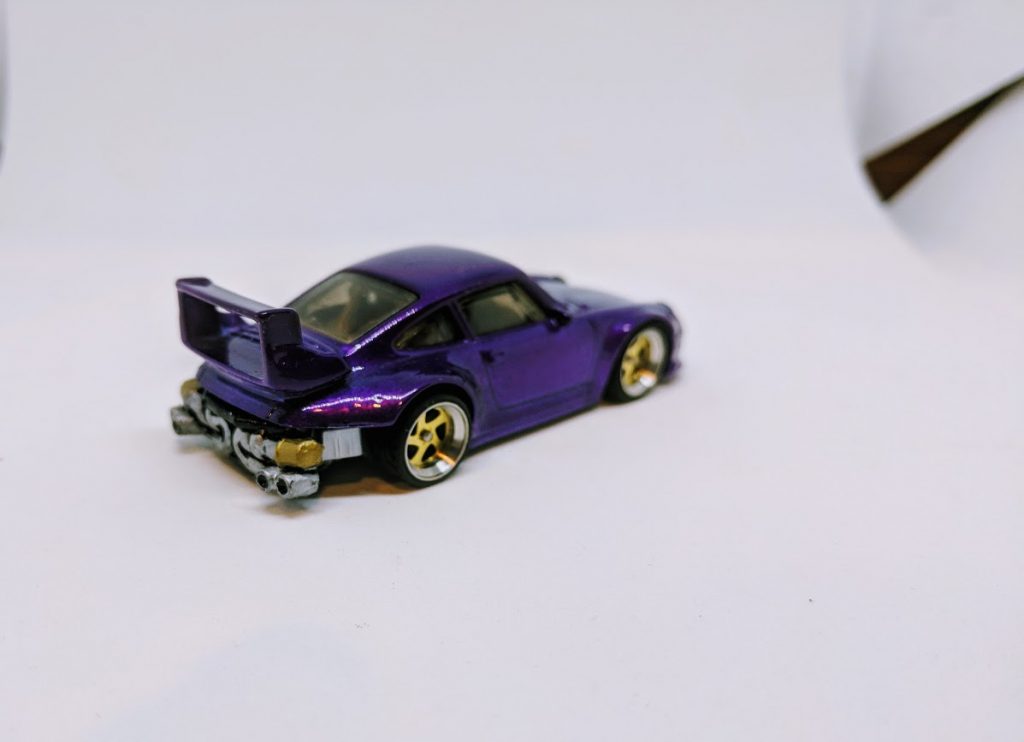 All of the images were taken using my LED lightbox – the ultimate portable photo studio.
Grab yours by following the image link below – only $24.90AUD with free shipping worldwide! 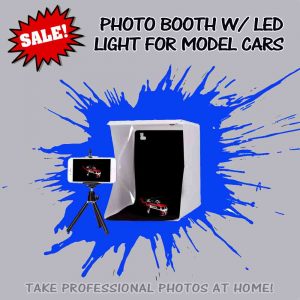