How and Where To Find Real Riders & Custom Wheels

I have been asked on more than one occasion where I source real rider wheels and other custom after-market wheels for my Hot Wheels and other branded 1:64 scale die-cast cars and as such decided to put in writing what I keep repeating on email and Direct Message. Before I share with you how and where to source the ever-growing range of real rider wheels for Hot Wheels allow me to share what it is I am actually talking about – you know, for the uninitiated n’ all 😉

Practice Safe Customising and Use Rubber 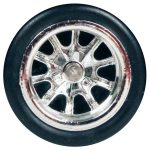 Real Rider® is the registered name of the wheels used by Hot Wheels (Mattel) that are two piece in design and contain an inner design and a real rubber tire around this central piece. You can learn more about them at the official Wiki  but really the only thing relevant to our quest for these 2-piece wheels is the fact they are of such a superior quality to ‘mainline’ wheels and (more importantly) they are available in an ever increasing variety of colours, styles and themes to suit almost any build in any car scene.

It is also noteworthy to mention that there are now other third party companies producing some incredibly detailed 2-piece 1/64 scale wheels – providing the customising community even more options and wheel variety. I’ll be going into more detail about these wheels later in this article but what is important is the fact that these wheels, like Real Riders have real rubber tyres and are built to incredibly exacting standards. Because you can’t REALly be safe when you ain’t got no RUBBER :p

Where To Find Real Rider Wheels

I think the more appropriate question we need to be asking is ‘What Factory Release Vehicles Come With Real Rider Wheels?’ because one cannot expect to know how to find real rider wheels if one does not know where to look*

*I’m going all Confucius on you – do you feel enlightened yet?

Real Rider Wheels are not only becoming more varied, they are also becoming a lot more common – appearing on at least half a dozen different series/releases that Hot Wheels bring out each year. Some of these releases are for Red Line Club (RLC) Members and as such out of the reaches of us mere mortals (yep, I ain’t an RLC member – still waiting LOL) but for the rest of us you can quite easily find Real Rider Wheels on the following releases… 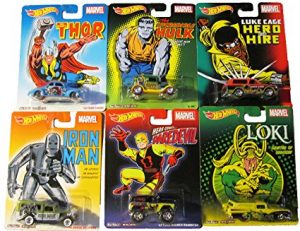 By far the most popular….OK I see what I did there. Ahem, The Pop Culture series is without doubt the most numerous and over produced of all the Real Rider equipped factory releases and as such is the most common way of getting your hands on real rider wheels for your next custom build. As the name suggests, these cars are produced every time a new movie, TV show or event takes place and are reproduced in massive numbers and distributed worldwide.

Due to the sheer bulk of Pop Culture series that have come before I will not even attempt to list them, but the image above provides a good enough example and a Google search will reveal a million more. That being said the only thing that is relevant to our hunt for Real Rider Wheels right now is the location of said Pop Culture cars – but I’ll cover the where to buy shortly. 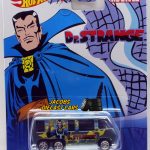 Another closeup example of one of the current release cars – and one I chose on purpose because you get a bonus set of real rider wheels! I love it when they release a real rider clad vehicle that has three axles. #Winning!
I say Winning because the average retail price of a Pop Culture vehicle is AUD$5 – half the cost of our next example. 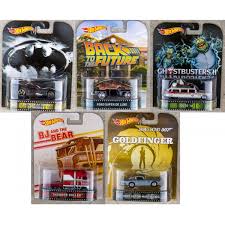 The Retro Entertainment Series was actually how I started collecting Hot Wheels (which worked out well when it came to sourcing Real Riders 😉 ) and are freely available in stores across the globe – maybe not as easy to locate as the afore mentioned Pop Culture series however. The other drawback to the Hot Wheels Retro Entertainment series is the cost – with each vehicle retailing for around AUD$10. 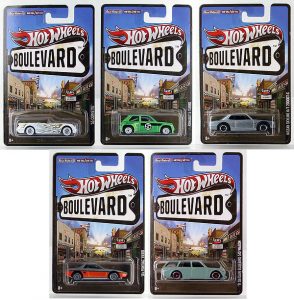 The Boulevard series have not been released in a few years now and are actually very hard to find in the wild. You can get lucky when old stock is brought out at various Toy stores and retail outlets but generally speaking the only way to obtain these is by paying exorbitant eBay prices or making connections through the various Instagram channels and Facebook Groups – more on that shortly.

The Heritage series is one of those series that appear in stores and then disappear just as quickly due to hoarders and the relative rarity of the Heritage series itself. Finding them therefore is usually a combination of luck and ‘local knowledge’ and as such is not the most popular avenue for sourcing cheap Real Rider wheels. They are of course included because they come with the afore mentioned 2-piece wheels. 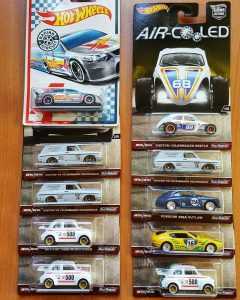 The most recent addition to the Real Rider clad line-up is the Car Culture Series -and the best news for us Real Rider hunters is the fact that Mattel seem to have finally cottoned on to the demand for these cars and is producing them in far greater numbers. This means that even with the hoarders and eBay asshats out in force there are plenty of cars left for us customisers to enjoy. But that’s not the best news – the best news (for me at least) is that these Heritage series are coming out with the all new stretched tyre designed real riders – perfect for all us JDM and stance lovers. (See Porsche below for example of these new stretched tire Real Riders)

Releases of the Car Culture Series so far include Trucks, Japan Historics, Track Day, Air-Cooled (pictured from my recent visit to Toys’R’Us) HW Redliners, Euro Style and as I write this Race Day is being released.

I may have slightly customised these Real Rider wheels. Orange you glad I did :p

Where to Buy Real Rider Wheels

Knowing where to look is half the battle because it’s not just the retail stores and regular online haunts that provide avenues for Real Rider Acquisition (oooh I like that) – it’s about getting involved in the communities that exist on Facebook and Instagram (to name a few). Ask questions, help others and pretty soon you’ll find the ability to source ANYTHING Hot Wheels related is no longer a chore. But I digress, and THAT’S another story for another day.

Note however that the list I am providing here is only for the Australian market – but if anyone of my American friends would like to update us (via comments) on which stores in the US regularly carry the above series then I can add that information below.

An important (and obvious) thing to mention is the power of local knowledge and actually being a nice person. By introducing myself to staff working at various retail stores in my area I have not only shared the hobby of customising to a whole new audience, I have garnered precious information about what days the shelves are refilled and when the best time to hunt for new stock is. Occassionally I luck in and get an extra nice assistant who brings out fresh cases for me to open. I get first dibs and even stock the pegs for them – it’s the least I can do 😉

The takeaway here is to not be afraid to ask – and show people your hobby! I don’t think I have had one negative reaction to it. Like ever. (Wife not counted LOL)

Where Else Can I Get Real Rider Wheels?

As previously mentioned, the second best place to obtain real rider wheels is through Facebook. Since getting involved in this hobby just under 3 years ago I have joined (and created) over 100 different collecting and customising groups. Some are terrible and some are amazing (My Custom Hotwheels is the MOST AMAZING of course – no bias here. ahem) but I am not going to list them here because 1: it is up to you to search and engage, and 2: it really is a case of ‘each to their own’ with every group having it’s own unique flavour and voice. Some you’ll agree with whilst others, well let’s move on now shall we.

The timing of this article is actually perfect (did I plan this? I honestly don’t remember doing so!) because only last week I finally received a batch of these highly anticipated wheels from KREAuto – wheels that are designed specifically for Hot Wheels and are clad in rubber just like Real Riders. What they offer that Hot Wheels and their registered 2-piece wheels don’t is dish – LOTS of dish. They also offer a variety of aftermarket wheels not seen before in the 1:64 scale customising world, with 3 series designed for lovers of OLD SKOOL (JDM), EURO and MODERN.

Now this may sound like a sales pitch but I can honestly say – hand on heart that these wheels are some of the most exquisite reproduction wheels I have ever seen. The quality of both the centre piece and the outer rubber tire is amazing and I have no problem in putting the My Custom Hotwheels stamp of approval all over them.

You can see the wheels in more detail below and to purchase them (for a measly AUD$20 per pack) simply follow the link underneath. 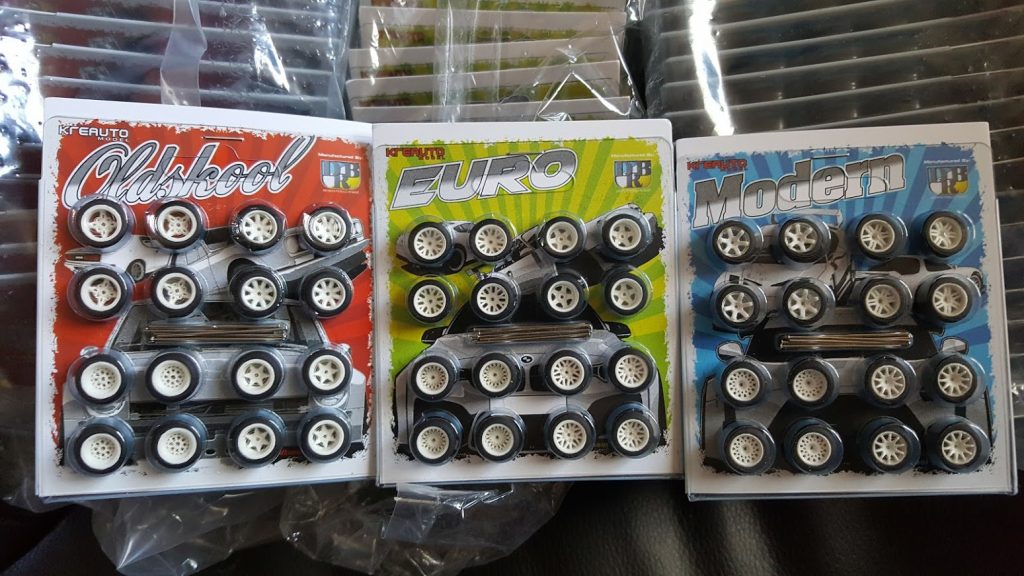