The Quickest Custom Ever!

Most customs I make take anywhere between a few days and a few months to complete, with the time dependent on the level of customisation required AND my level of laziness that week. There is also the problem that EVERY CUSTOMISER knows all too well and that is the issue of starting too many customs and never finishing them…

OMG I just had an awesome idea for a custom C10… but I’ll finish shaving the wing off the 180sx… and then I’ll make some wheels for the Evo X… oh look – a Kool Kombi! and so on and so forth. 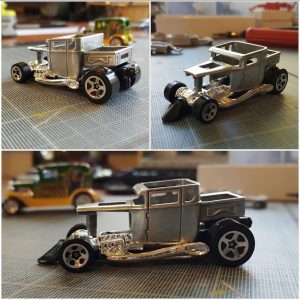 As you can see it has potential – and one day I will get around to finishing it… mind you I now need a new set of sidepipes ’cause I kinda stole them.

So I’m staring at my other Boneshakers and I  think maybe this above custom would look better if I cut the whole nose off so I could put a bigger engine there…or something. Now I wasn’t about to cut the nose off the above boneshaker – this was a topless version after all and I wanted to test the theory.

It didnt quite look right. It needed side pipes of some description…

This whole process took less than 30 minutes and in the end I had what even I will admit is a pretty bad ass looking hotrod, ratrod, ratted out boneshaker – call it what you will. I’ll just call it sweet and stare at the following images for a while… 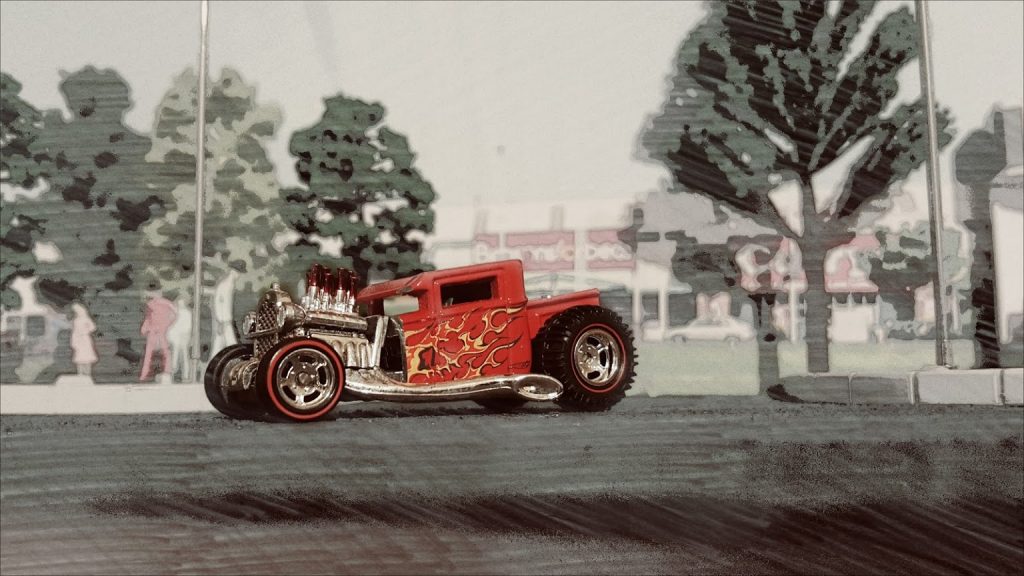 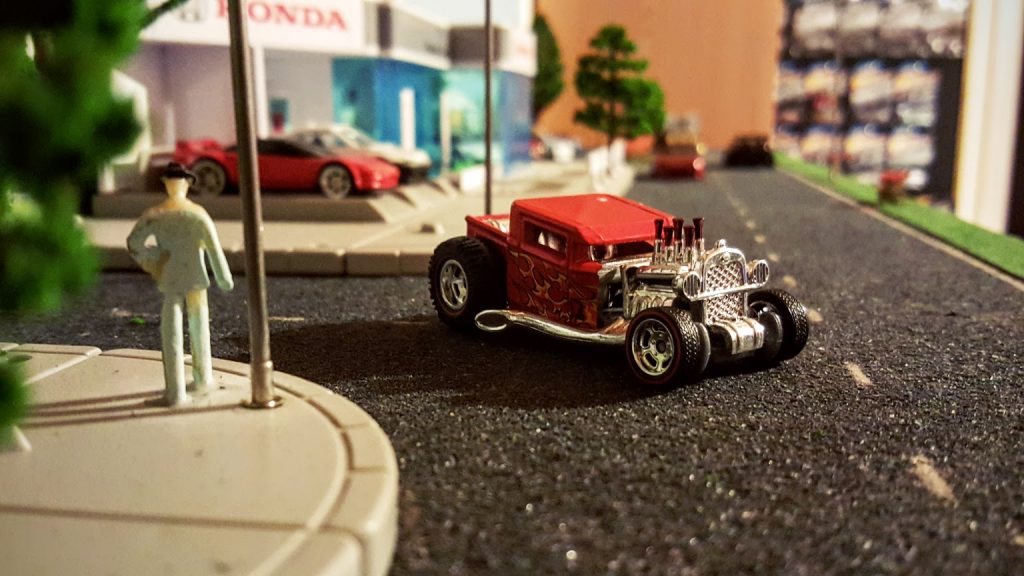 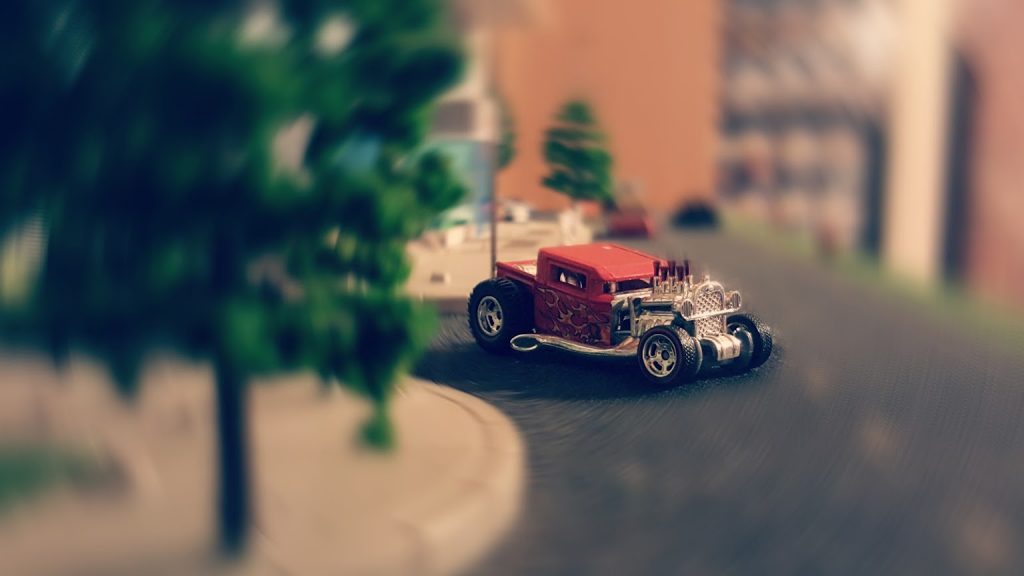 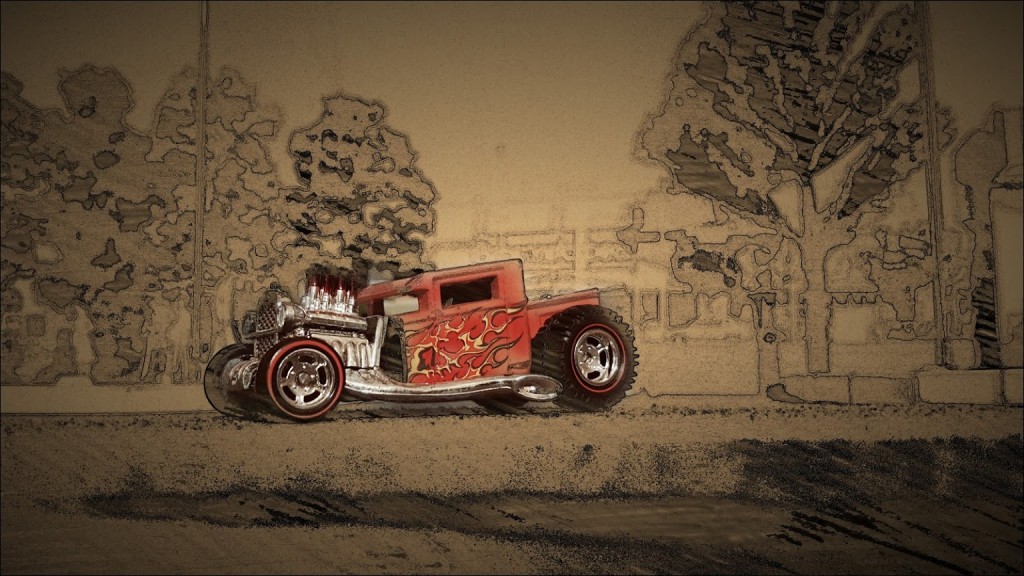 Thanks to PicsArt Android App for helping make these awesome effects -I’m particularly fond of this one. 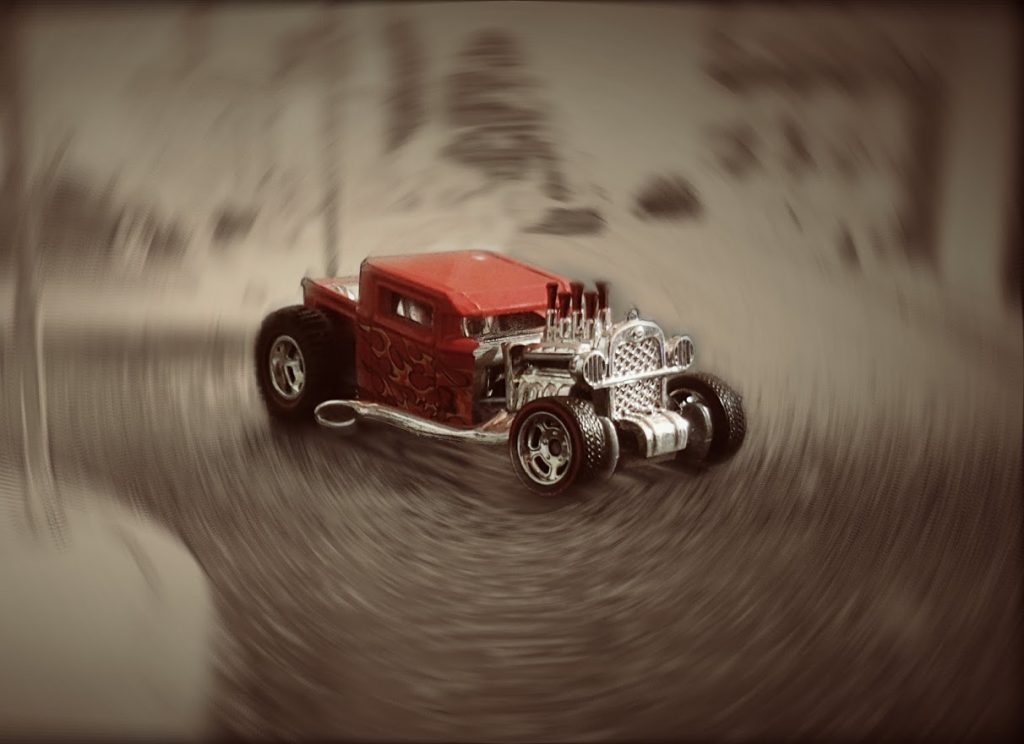 More HotRods and Ratted Out Customs To Come.

I’ve been bitten by the rat and can’t wait to start really trying my hand at rusting cars and ratting out hotrods etc. Stay tuned because as you know, when I learn you learn – so the next how to guide will be centred around rusting cars and using various techniques to get that old barn find effect 😉